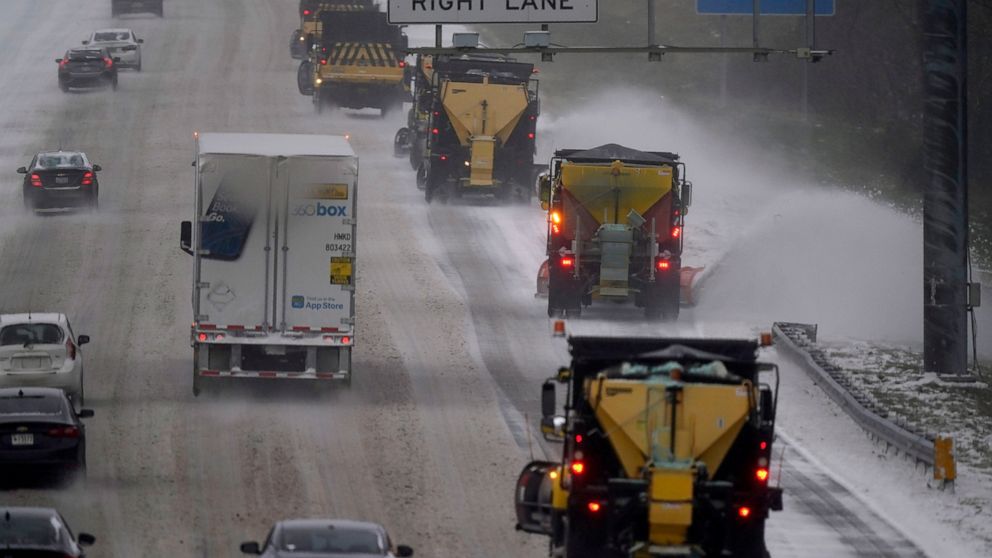 ATLANTA — A dangerous winter storm combining high winds and ice was sweeping through parts of the U.S. Southeast on Sunday, knocking out power, felling trees and fences and coating roads with a treacherous frigid glaze.

Tens of thousands of customers were without power in Georgia, North Carolina, South Carolina and Florida. More than an inch of snow fell per hour in some parts of the Carolinas, Georgia, Tennessee and Virginia, according to the National Weather Service Storm Prediction Center.

The storm was making air travel extremely difficult in some parts of the South. The nation’s hardest-hit airport — Charlotte Douglas International — remained open around dawn Sunday, the airport said in a weather briefing. But more than 1,000 Sunday flights in Charlotte have been cancelled – more than 80% of the airport’s Sunday schedule, according to the flight tracking service flightaware.com. Charlotte is a major hub in the South for American Airlines.

In Atlanta, where Delta…

There is no related posts.