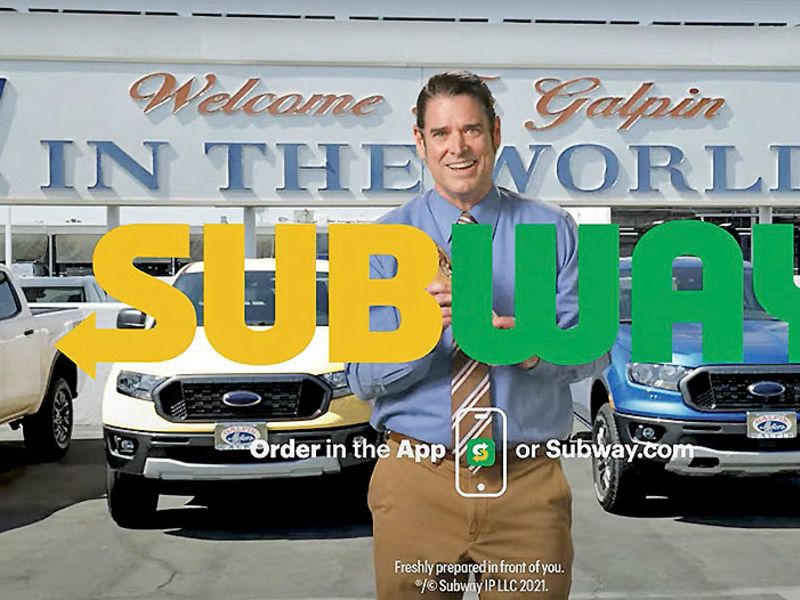 Boeckmann has rented studio space for years to shoot the ads that air heavily in the Los Angeles market, so he’s no stranger to that environment. But Boeckmann said the Subway filming site was the biggest he’d ever seen for a commercial.

He was taken aback at first by the sheer scope of the operation. It was a little intimidating, Boeckmann admitted, and that feeling only grew after a familiar face stepped into the dressing room.

“All of a sudden, I see this really tall, handsome guy walk in the room,” Boeckmann recalled. “I see him take a drink out of a mug, and I go, ‘Oh my gosh, that’s Tom Brady!’ ”

Brady has been hawking sandwiches for Subway, too. Boeckmann said the seven-time Super Bowl winner was the “nicest guy” and that he complimented Boeckmann’s suit.

“I did tell him I was able to sell one of his Tom Brady edition Aston Martins, so that was kind of fun,” Boeckmann said.

Boeckmann, whose Ford dealership is among the world’s largest, felt like a small fish in a big pond…