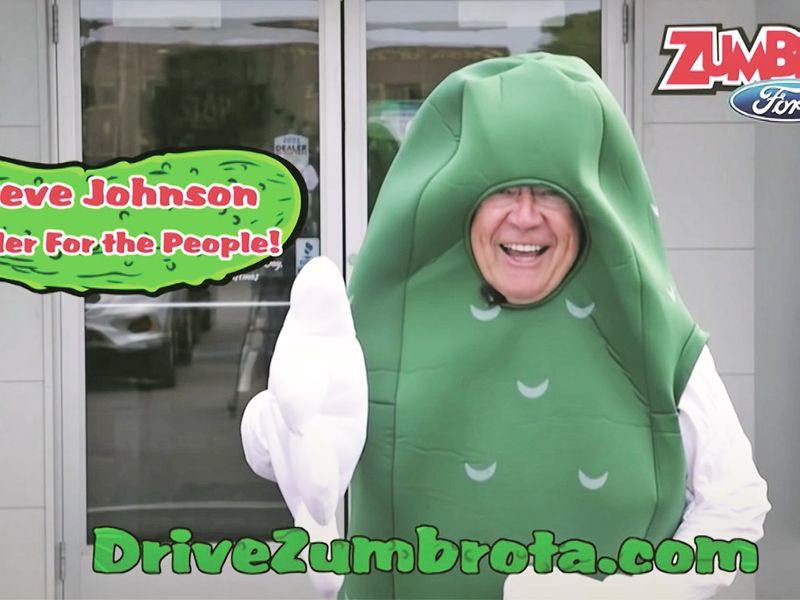 A small-town Minnesota dealership known for its wacky commercials got an assist on its latest TV ad from the writers of HBO’s “Last Week Tonight With John Oliver.”

The store, Zumbrota Ford, was featured on the late-night show in June during a segment about multiple dealerships using a single advertising company for TV scripts and often producing nearly identical ads. Oliver concluded the segment by offering a one-of-a-kind script written by the “Last Week Tonight” team for free to any dealership that agreed to produce the commercial before reading the script.

Zumbrota Ford accepted the challenge and filmed a 90-second spot about a failing marriage that ended with owner Steve Johnson appearing in the same pickle costume from his ad in the original “Last Week Tonight” segment. The commercial began airing in Minnesota last week and had racked up nearly 3 million views over the first several days.

The stunt, which drew a Twitter shoutout from Ford CEO Jim Farley, already has led to…