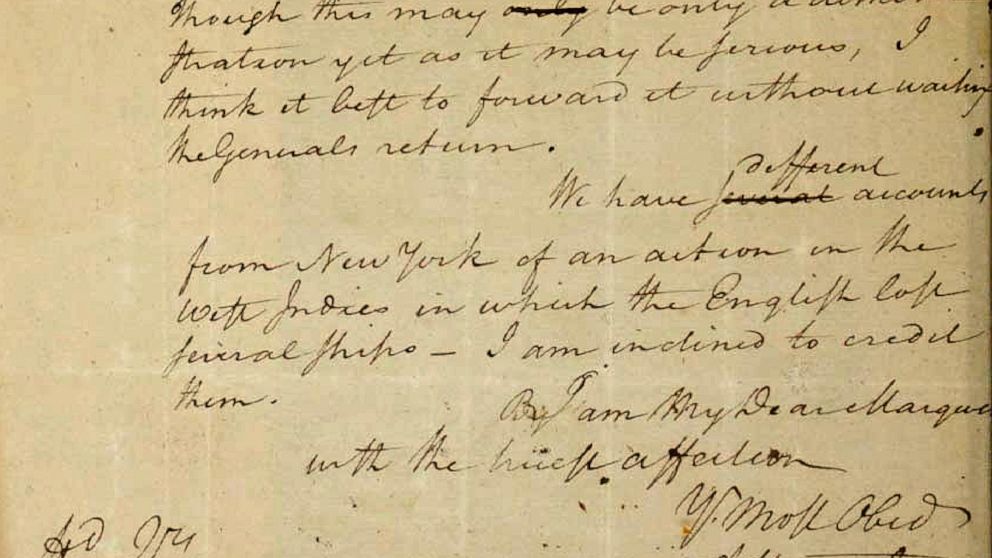 A letter written by founding father Alexander Hamilton during the Revolutionary War and believed stolen decades ago from the Massachusetts state archives has been returned following a federal appeals court decision, top state officials said Tuesday.

Secretary of the Commonwealth William Galvin hailed the homecoming, after last week’s decision by the Boston-based 1st U.S. Circuit Court of Appeals upheld a previous ruling by a district court judge.

The letter was reputedly stolen between 1938 and 1945 by a “kleptomaniacal cataloguer” who worked at the archives, according to the court decision.

Hamilton wrote the letter to the Marquis de Lafayette, a French aristocrat who served as a general in the Continental Army. Dated July 21, 1780,…