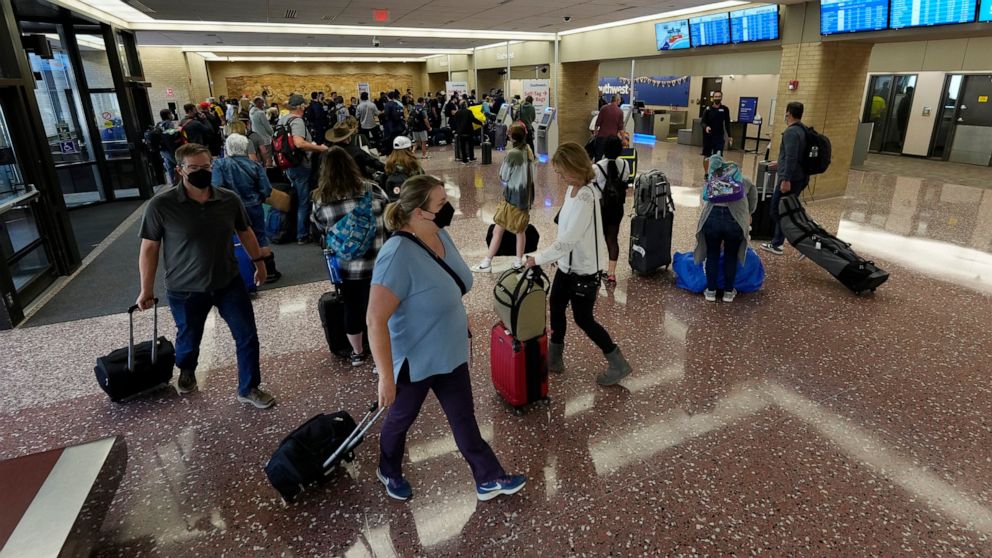 DALLAS — Southwest Airlines canceled more than 350 flights Monday following a weekend of major disruptions that it blamed on bad weather and air traffic control issues. The pilots union accused the company of a botched response to what it said would have been a minor challenge for other airlines.

The third straight day of canceled and delayed flights left passengers stranded and steaming from California to the East Coast.

“You can’t really relax when you’re just sitting there waiting for your next flight to be canceled,” said Vanessa Wheeler, who was biding her time at the San Jose, California, airport. She said Southwest canceled six consecutive flights on her over three days before she eventually decided to book a flight home to Las Vegas with Delta Air Lines. She vowed to never fly Southwest again.

Monday’s cancellations amounted to 10% of Southwest’s schedule, and at least 1,400 other flights, or roughly 40%, were delayed, according to the FlightAware tracking…