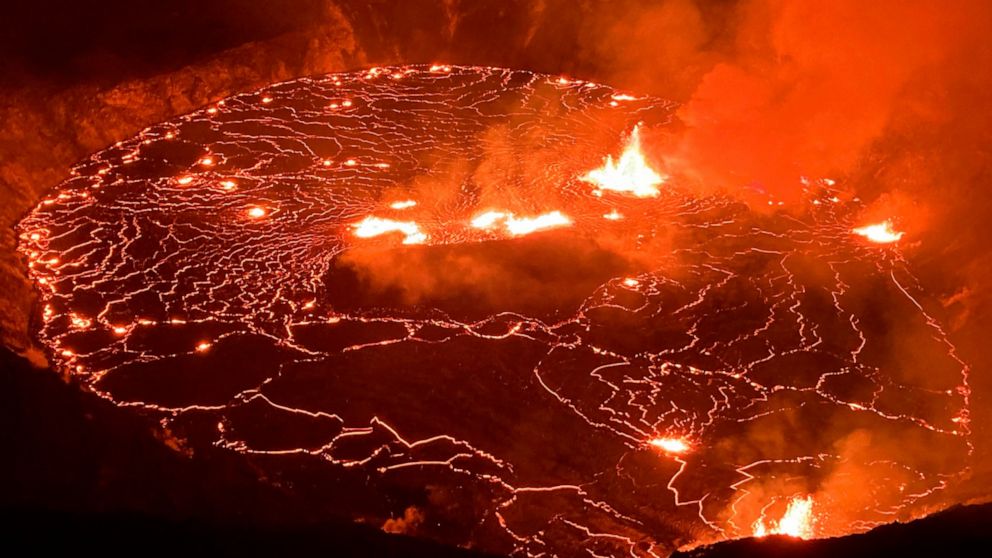 U.S. Geological Survey officials have lowered the alert level for a Hawaii volcano

HONOLULU — U.S. Geological Survey officials have lowered the alert level for a Hawaii volcano, saying they expect its latest eruption to remain confined to the summit.

The eruption began last week in Kilauea volcano’s Halemaumau crater at the summit on the Big Island.

Officials with the USGS Hawaiian Volcano Observatory had raised Kilauea’s alert level to “warning” and its aviation code to red as they assessed the intensity of lava fountains covering the floor of the crater and billowing clouds of volcanic smoke.

But over the past several days, a thick layer of molten lava has accumulated at the base of the crater, lessening fears that it could spread.

Observatory officials on Monday afternoon lowered the alert level to “watch” and the aviation code to orange,…