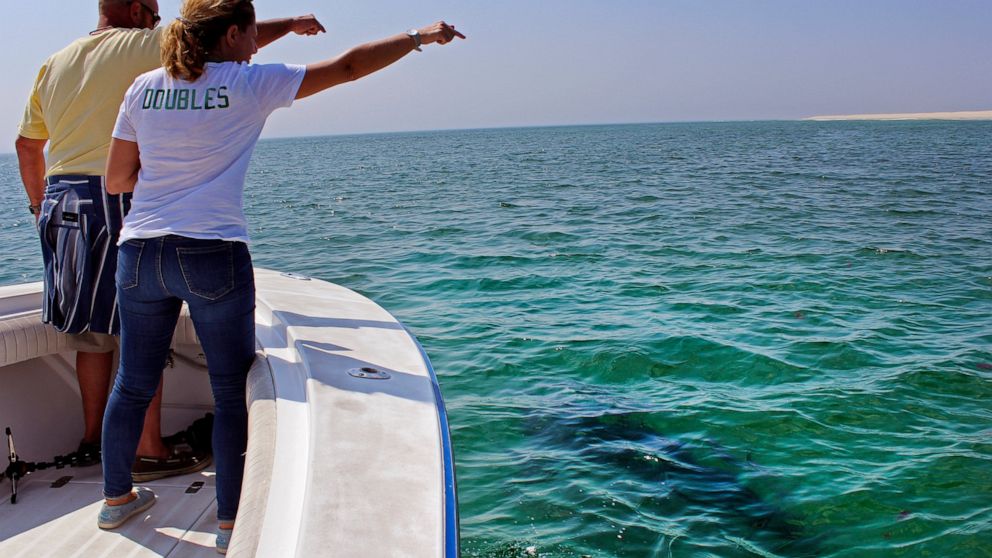 CHATHAM, Mass. — There’s no ominous music, no telltale fin breaking the surface as the powerful silhouette of a great white shark glides alongside the small tour boat off Cape Cod in Massachusetts.

Michael Simard crouches low and points a finger in the direction of the roughly 10-foot (3-meter) predator cruising in the glassy water below.

The 48-year-old construction foreman from Cambridge, Massachusetts, glances back at his partner, Penny Antonoglou, who dutifully pulls out her smartphone while he holds the pose. Smile. Click.

“It’s awe-inspiring, really,” Simard said after the tour, where they spotted at least six great whites. “I didn’t realize how graceful they were. It does put it into perspective that this is their element, and we just share it with them.”