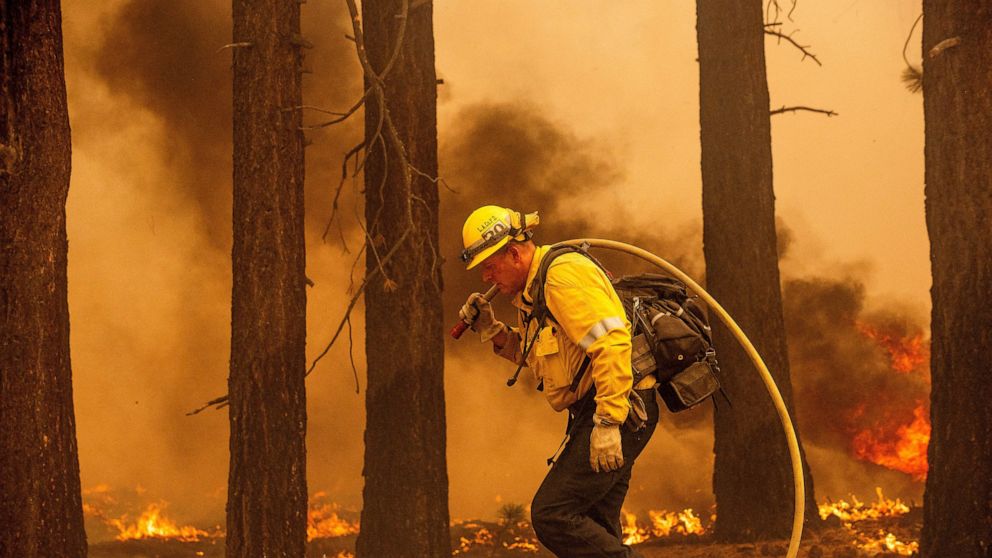 SOUTH LAKE TAHOE, Calif. — Flames raced across treetops and through drought-stricken vegetation as firefighters scrambled Wednesday to keep a growing California wildfire from reaching a resort city at the southern tip of Lake Tahoe after evacuation orders were expanded to neighboring Nevada.

Thick smoke from the Caldor Fire enveloped the city of South Lake Tahoe, which was all but deserted during a summer week usually bustling with tourists.

The National Weather Service warned that critical weather conditions through Wednesday could include extremely low humidity, dry fuel and gusts up to 30 mph (48 kph).

“With those winds, as it ran through the forest it created what’s called an active crown fire run, where the fire actually goes from treetop to treetop,” said Stephen Vollmer, a fire behavior analyst for the California Department of Forestry and Fire Protection.

He said embers were being cast up to a mile out in front of the fire, creating new ignition points.