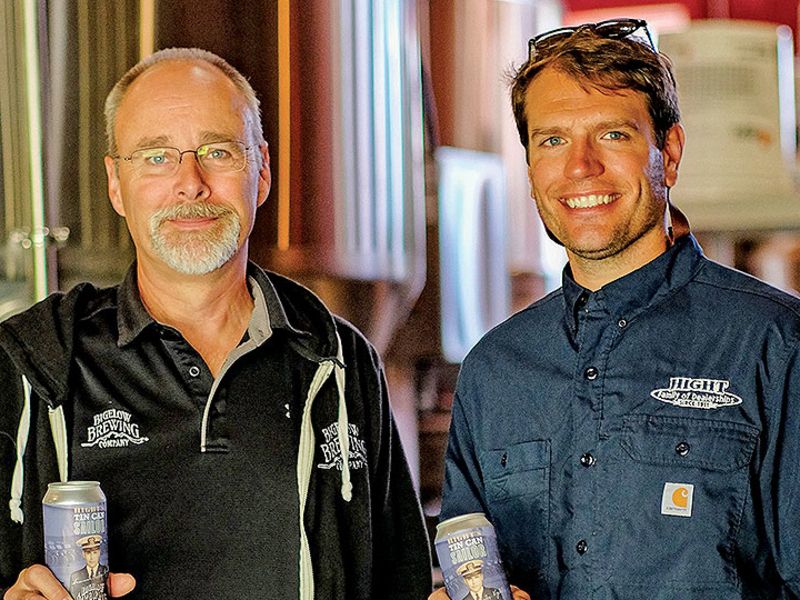 A Maine craft brewery and a family-owned dealership group have collaborated to create a beer, but thankfully it doesn’t have a new-car smell.

The Scotch ale, called Hight’s Tin Can Sailor, is being produced by Bigelow Brewing Co. in Skowhegan, Maine, to honor the Hight family’s 110th year in auto retailing.

The name is a reference to Navy destroyer crews during World War II. Kirby Hight, whose father founded the group in 1911, was captain of the USS Babbitt, a destroyer that operated as a convoy escort in the North Atlantic, before returning home to the family business.