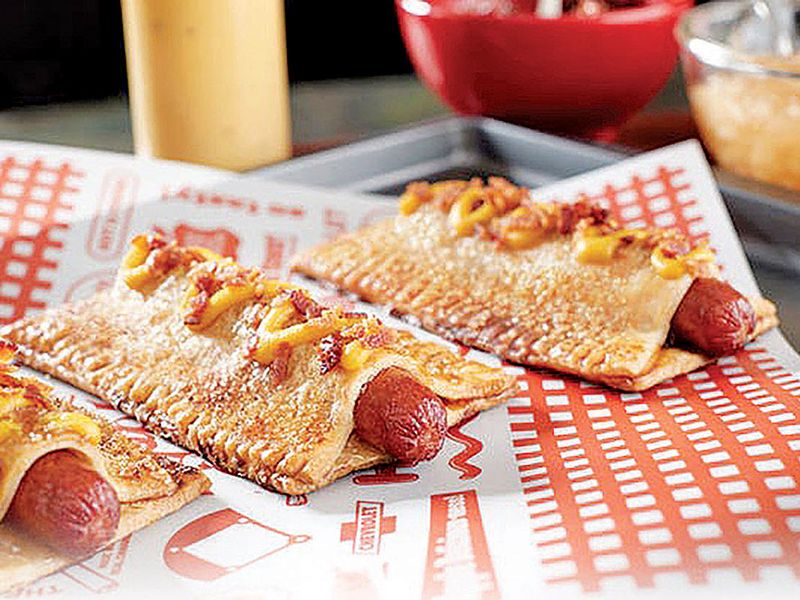 The campaign shared the recipe on social media for fans who weren’t there.

“We are always looking for things that have a timely expression of a timeless notion,” said Steve Majoros, Chevy’s director of marketing. “Certain brands can reach into nostalgia or project into the future with probably a little more credibility, and I think we certainly are in that space.”

Fieri is an avid Chevrolet fan whose red 1967 Camaro is as much a star of his Food Network show “Diners, Drive-Ins and Dives” as he. Ad Age, an affiliate of Automotive News, tested the recipe and gave it a thumbs-up.

For the MLB’s opening day this year, Chevy debuted the heart-tugging “Field of Dreams” ad that interspersed nostalgic scenes of baseball’s greats with modern images of fans and everyday players enjoying the game, set to James Earl Jones’ speech from the famous 1989 film. The Apple Pie Hot Dog campaign also follows the brand’s humorous truck campaign that ran during the Olympics, which included a spot starring a…