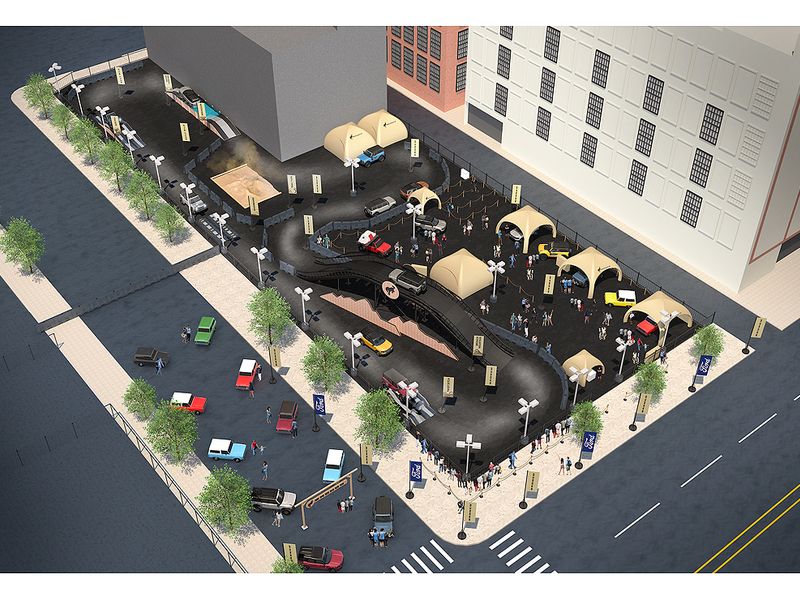 CHICAGO — The Chicago Auto Show kick-starts a new phase in the turf war between the revived Ford Bronco and the venerable Jeep Wrangler.

For the first time at an auto show, both SUVs will have their own off-road courses for attendees to compare them side by side. The Bronco’s adventurous “Built Wild” outdoor obstacle course makes its world debut in Chicago on Thursday, while “Camp Jeep” is set up for the Wrangler and other models inside the convention hall.

The Camp Jeep layout has been a popular draw at shows for years, bringing an amusement parklike flair to the events, and Ford hopes to steal market share from Jeep in part by generating similar excitement with its Bronco family. Ford’s Chicago course, made possible by the show’s temporary move to July from its usual timing in February, includes a 38-degree hill and water fording. Visitors can ride in the Bronco’s two- and four-door variants and the Bronco Sport.

While the auto show circuit was shut down due to the pandemic,…