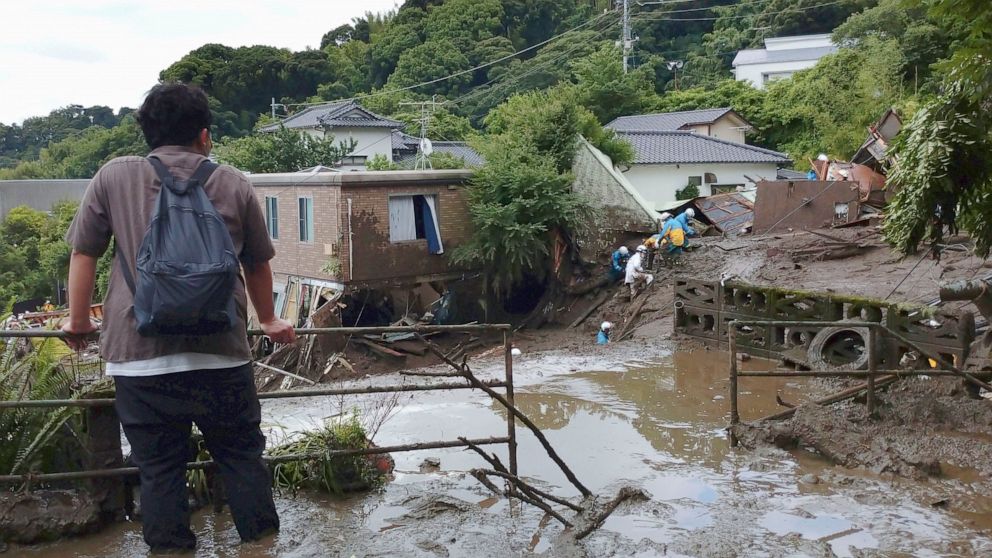 ATAMI, Japan — Rescue workers dug through sludge and debris Monday looking for dozens of people who may be trapped after a a torrent of mud, trees and rocks ripped with a roar through a Japanese seaside resort town, killing at least four people.

Eighty people were still unaccounted for two days after the landslide, according to Shizuoka prefectural disaster management official Takamichi Sugiyama. Officials planned to release their names, hoping that perhaps some were away when the disaster struck, since many of the apartments and houses in Atami are second homes or vacation rentals.

Initially, 147 people were unreachable, but that number was revised downward after officials confirmed some had safely evacuated or were simply not at home. In addition to the four people found dead, officials said 25 people have been rescued, including three who were injured.

The disaster is an added trial as authorities prepare for the Tokyo Olympics, due to start in less than three weeks, while Japan…