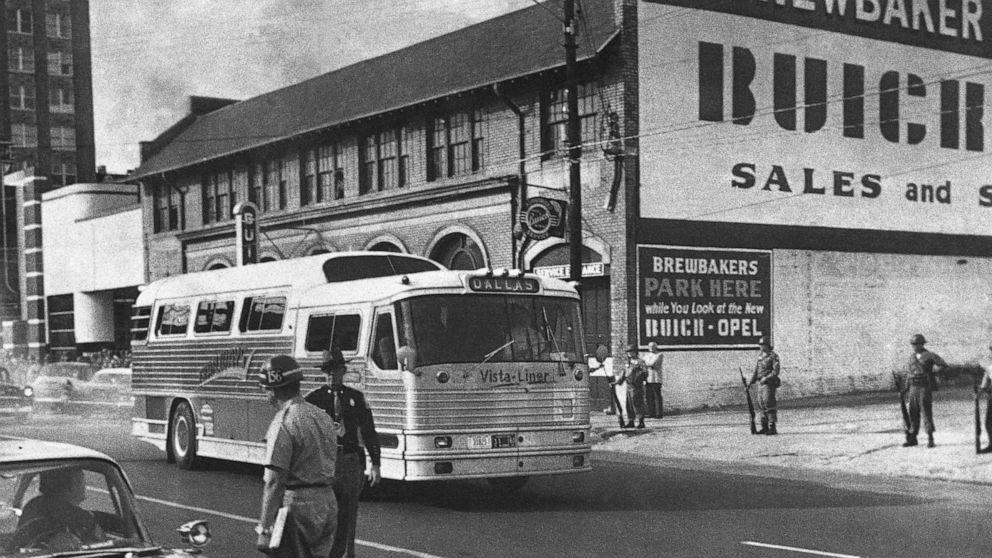 The Trailways bus driver for the 1961 group of Nashville Freedom Riders has died, his family confirmed

NASHVILLE, Tenn. — Jimmy Allen Ruth, the Trailways bus driver for the 1961 group of Nashville Freedom Riders, has died, his family said. He was 83.

Driving the Freedom Riders from Nashville, Tennessee to Jackson, Mississippi was “one of his greatest accomplishments,” his family wrote in an obituary. Ruth’s bus-driving memorabilia is currently on display at the Tennessee State Museum.

The Freedom Rides Movement of 1961 started in Washington, D.C. by 13 men and women who traveled to the South by bus and train to force desegregation of interstate transportation facilities. The bus rides sparked bombings and beatings by white mobs, as well as imprisonment for many of the Black and white riders. However, the movement also brought about the eventual end of segregated…