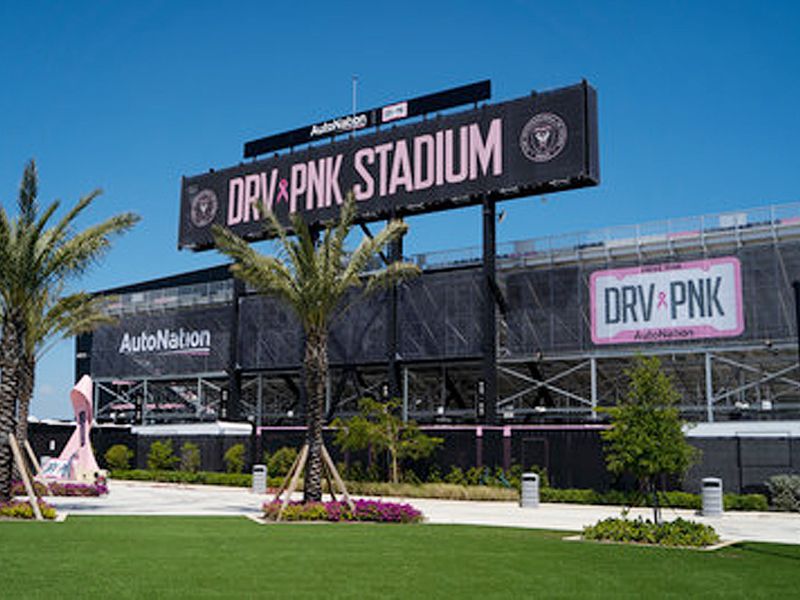 Auto retail giant AutoNation Inc. is now the exclusive and official automotive partner of Major League Soccer’s Inter Miami CF, complete with naming rights to its 18,000-seat stadium, which has been renamed after AutoNation’s DRV PNK initiative to support cancer research and treatment.

And with the three-year partnership, AutoNation will expand its reach to Spanish-speaking customers. The deal includes “extensive TV and digital exposure” through livestreaming via the Inter Miami app and Inter Miami Spanish language streaming show, the companies said in press releases.

AutoNation also will sponsor goalkeeper saves during games. The auto retailer and the club will make donations to cancer research for each Inter Miami save, up to $100,000 each year.

“DRV PNK Stadium is about…