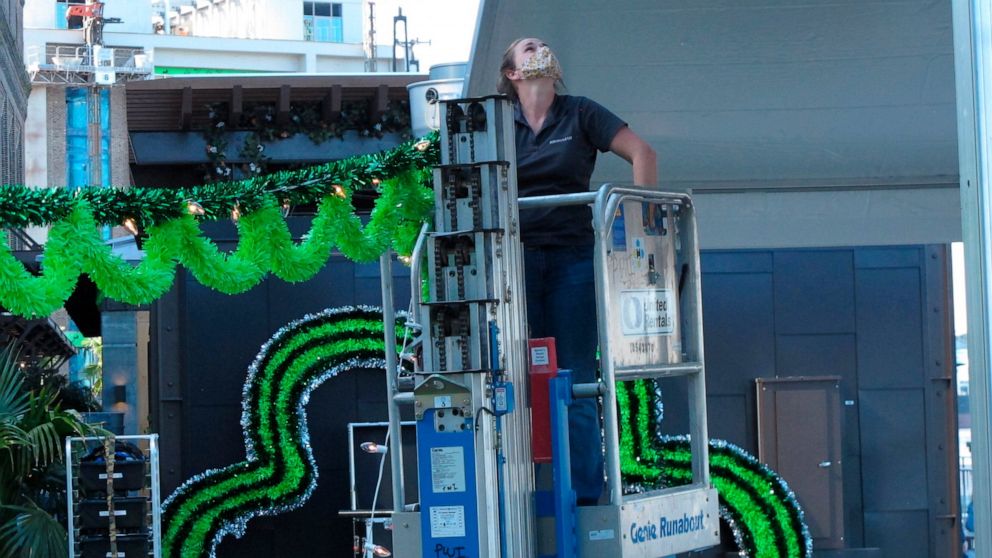 SAVANNAH, Ga. — The South’s largest St. Patrick’s Day parade is canceled, as is the boozy riverside festival that accompanies it. Regardless, Savannah is preparing for its largest crowds since the yearlong pandemic began — an influx that officials worry could bring a surge in coronavirus infections.

The Irish holiday typically means Savannah’s manicured squares and magnolia-shaded sidewalks are packed with thousands of gaudy green revelers on March 17. But with Georgia still reporting at least 1,000 new COVID-19 infections daily while ranking last in U.S. vaccinations, city officials pulled the plug on this year’s parade — as they did a year ago when the pandemic was starting.

Likewise, Savannah City Hall withheld a permit for the sprawling St. Patrick’s festival that’s typically a magnet for beer-fueled revelry along the city’s riverfront promenade of bars and souvenir shops.