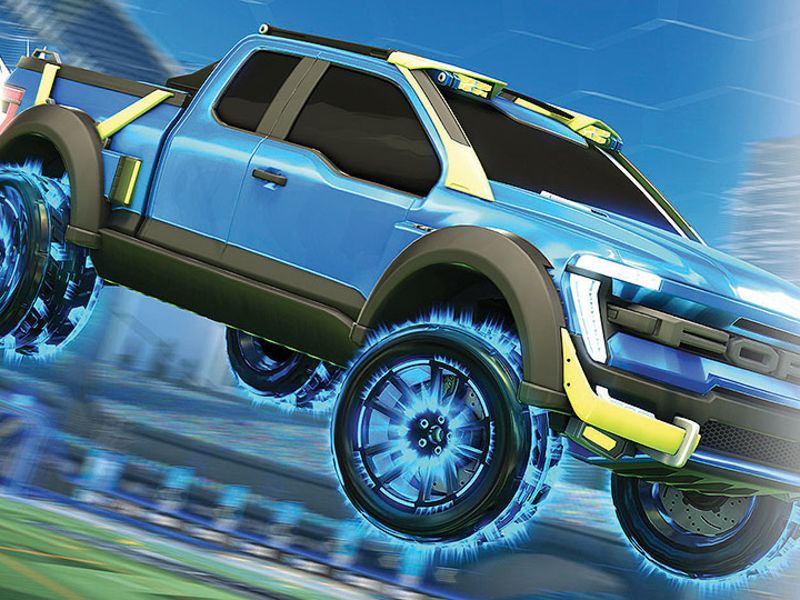 If you thought an aluminum body was a big leap for the Ford F-150 a few years ago, get a load of the newest version with a rocket booster and optional wheels made of giant kiwis.

“It had to be an F-150 but one that fits within Psyonix’s extreme virtual world pairing soccer and mayhem,” Ehab Kaoud, Ford’s chief truck designer, said in a statement.

Ford has signed on as the presenting sponsor for this month’s Rocket League Championship Series Winter Majors, meaning the on-screen arena will be filled with Ford billboards and a special F-150 will appear between matches to tow away damaged vehicles and repaint boundary lines on the pitch. Ford also will sponsor the Ford + Rocket League Freestyle…