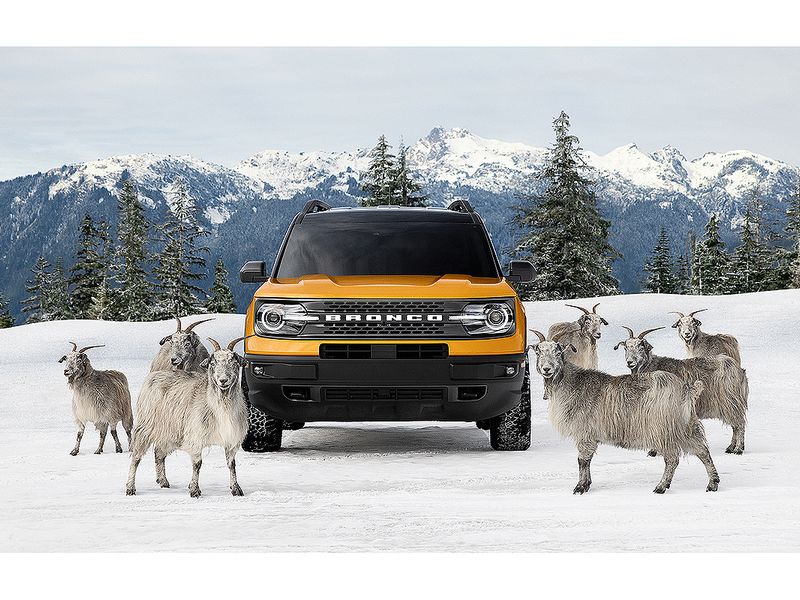 Ford Motor Co. is launching an advertising campaign Saturday designed to raise awareness of the new Bronco Sport crossover and help differentiate it from the larger Bronco SUV.

The first of three commercials will air during the NFL playoff game between the Los Angeles Rams and Seattle Seahawks. Although Ford will not advertise in this year’s Super Bowl, Matt VanDyke, U.S. marketing director, said he challenged the team to create a Super Bowl-worthy commercial to catch viewers’ attention.

The result is a 60-second spot called “Raised by Goats” in which an injured colt is rescued and reared by a pack of mountain goats until it becomes confident traveling on snow, up rocks and through water.

The commercial is a nod to the original Bronco’s code-name, “G.O.A.T.,” which stands for “goes over any terrain.” The spot, produced by New York ad agency Wieden+Kennedy, was shot in October on Mount Baker in the Seattle area. It was directed by Stacy Wall, who also shot Ford’s recent “Built for…