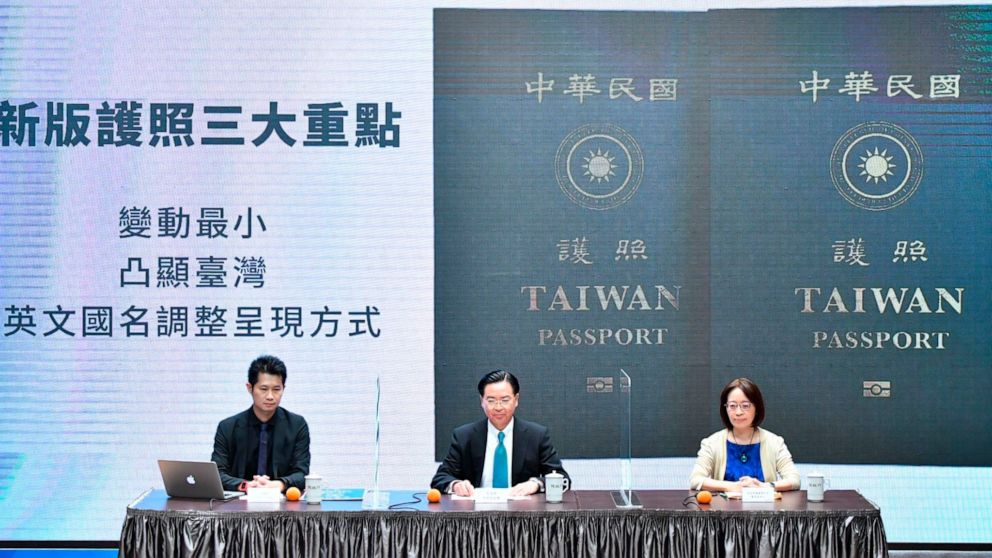 The foreign ministry on Wednesday released images of the new document that features “Taiwan” in large capital letters on its cover and minimizes the English wording “Republic of China,” the island’s official name according to its constitution.

Taiwan was handed over from Japanese to Chinese rule in 1945. Four years later, Chiang Kai-shek relocated the Republic of China and its institutions to the island as Mao Zedong’s Communist Party swept to power on the mainland in the Chinese Civil War.

Taiwan has since shrugged off political connections with China as part of its transition to full democracy. However, it has retained Republic of China as its…