Italy death toll from coronavirus outbreak rises by 44 to 34,345 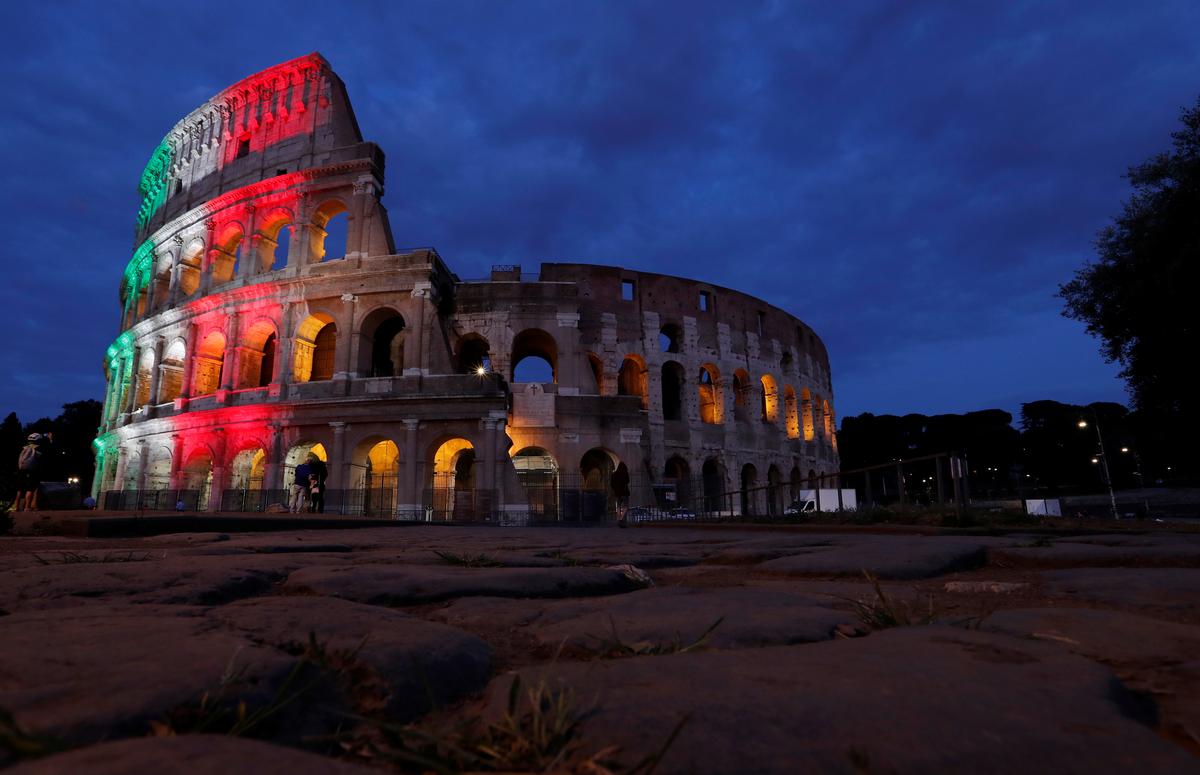 FILE PHOTO: Rome’s ancient Colosseum is lit with colours of the Italian flag to show unity, solidarity and to honour victims of the coronavirus disease (COVID-19) from all over the world, in Rome, Italy, May 31, 2020. REUTERS/Remo Casilli

MILAN (Reuters) – Deaths from the COVID-19 epidemic in Italy climbed by 44 on Sunday, the Civil Protection Agency said, while the tally of new cases increased by 338.

The total death toll since the outbreak came to light on Feb. 21 now stands at 34,345, the agency said, the fourth highest in the world after those of the United States, Britain and Brazil.

The number of confirmed cases amounts to 236,989, the seventh highest global tally behind those of the United States, Russia, Brazil, Spain, Britain and India.

The northern region of Lombardy, where the outbreak was first identified, remains by far the worst affected of Italy’s 20 regions, accounting for 244 of the 338 new cases reported on Sunday.

People registered as currently carrying the…