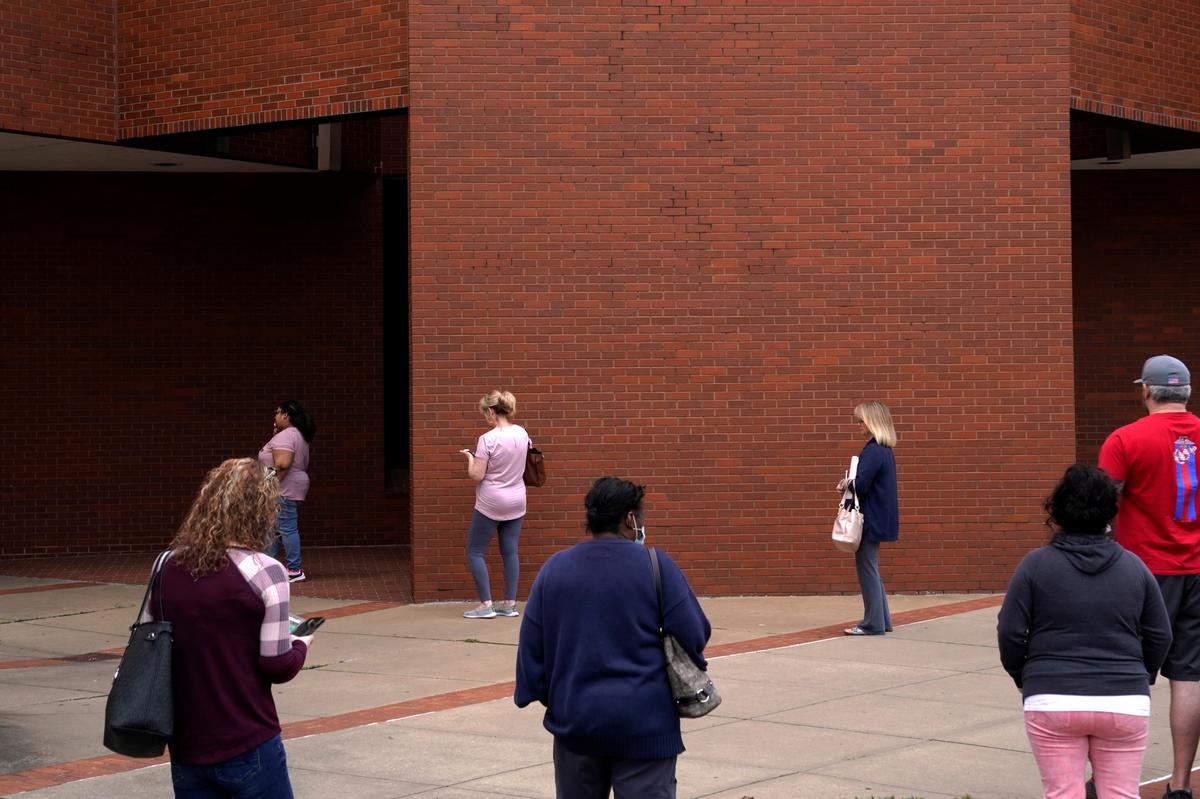 FILE PHOTO: People who lost their jobs wait in line to file for unemployment following an outbreak of the coronavirus disease (COVID-19), at an Arkansas Workforce Center in Fort Smith, Arkansas, U.S. April 6, 2020. REUTERS/Nick Oxford

WASHINGTON (Reuters) – Layoffs in the United States fell in April, but remained the second highest on record, while job openings dropped, suggesting the labor market could take years to recover from the COVID-19 crisis despite a surprise rebound in employment in May.

The Labor Department said on Tuesday in its monthly Job Openings and Labor Turnover Survey, or JOLTS, that layoffs and discharges dropped 3.8 million in April to 7.7 million.

That was second highest level since the government started tracking the series in 2000. The layoffs and discharge rate fell to 5.9% in April from a record high 7.6% in March.

The labor market was slammed by the closure of nonessential businesses in mid-March to slow the spread of COVID-19. Many establishments…