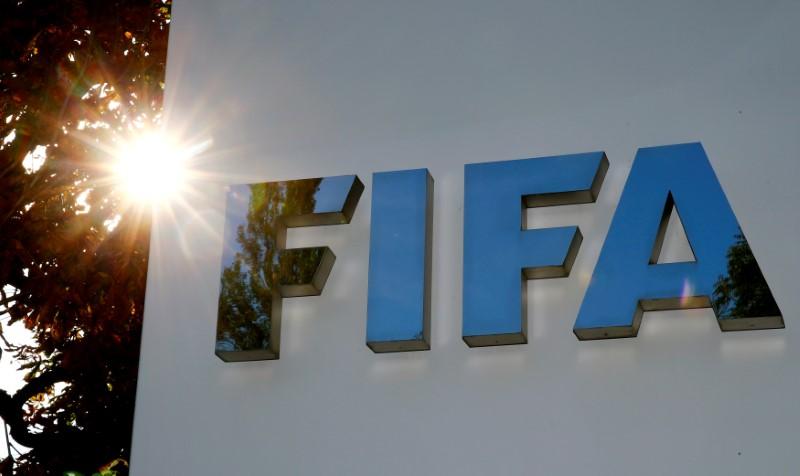 BERN (Reuters) – World soccer’s governing body FIFA has joined sports leagues, teams and players around the globe to express solidarity amid outrage over the death of George Floyd, an unarmed black man killed in police custody in the United States.

FILE PHOTO: The logo of FIFA is seen in front of its headquarters in Zurich, Switzerland September 26, 2017. REUTERS/Arnd Wiegmann

The National Football League, National Hockey League and National Basketball Association have put out statements about the racial injustice that sparked protests across the U.S. but Major League Baseball has yet to make an official statement.

From those four leagues, 74 of 123 teams (60%) have issued statements on the protests according to research by Axios.

Across those leagues the loudest support has come from the players, including Los…