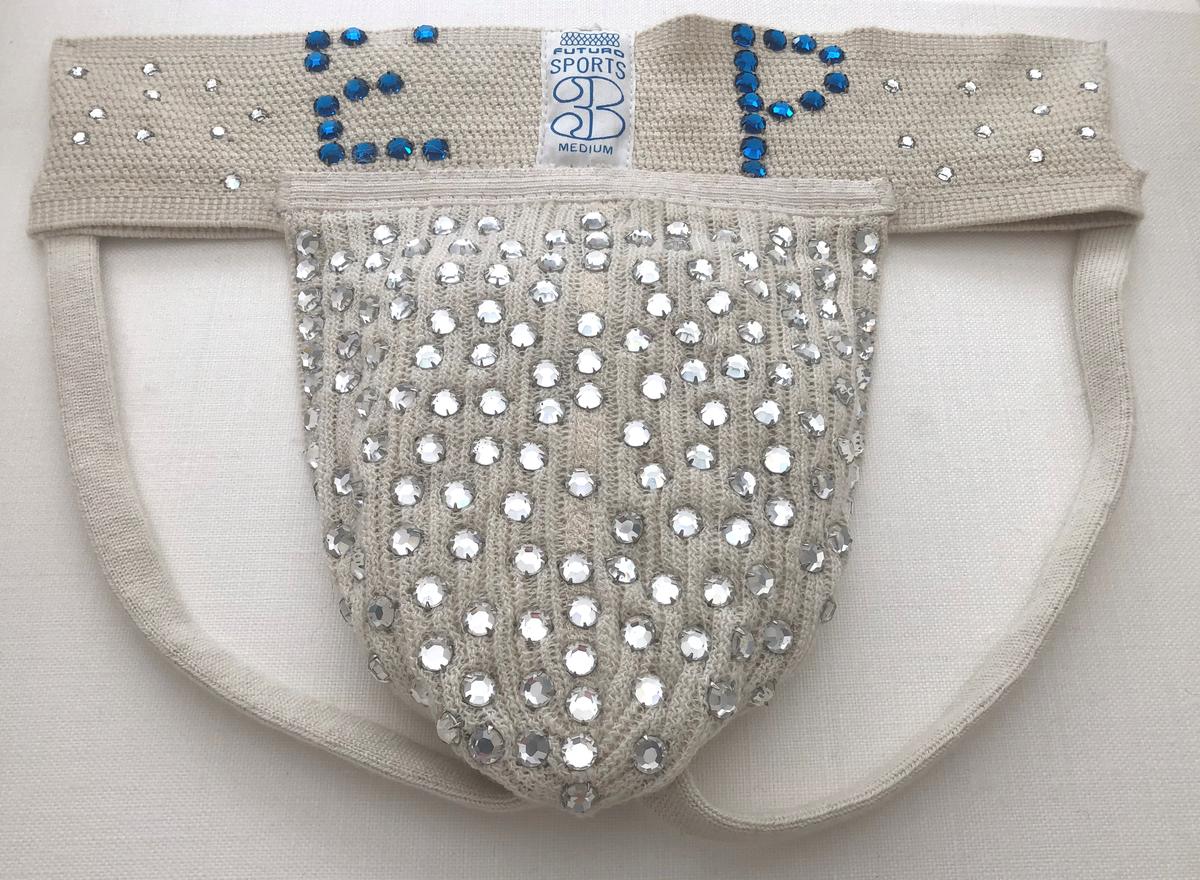 BRISTOL, England (Reuters) – A piece of Elvis Presley memorabilia is up for sale, and it is probably the most Elvis thing you can possibly imagine – a rhinestone studded jockstrap said to have been worn by the king.

The piece was made for Elvis by a fan and later ended up in the collection of Jimmy Velvet, a singer who opened an Elvis museum in Memphis.

Daniel Wade, manager of Paul Fraser Collectibles which is offering it for sale in Britain for 30,000 pounds ($36,700) said Elvis is believed to have worn it several times in the 1970s.

“It is extravagant. It is absurd,” he said. “It is absolutely Elvis.”

The jockstrap is being offered in a sale of unusual celebrity memorabilia. The most expensive item – for 250,000 pounds – is a lock of blonde hair saved by Marilyn Monroe’s hairdresser, who cut it from her head in 1962 on the night she sang “Happy Birthday Mr. President” to John Kennedy.

“It’s the night that two great worlds collided in JFK and Marilyn Monroe. And…