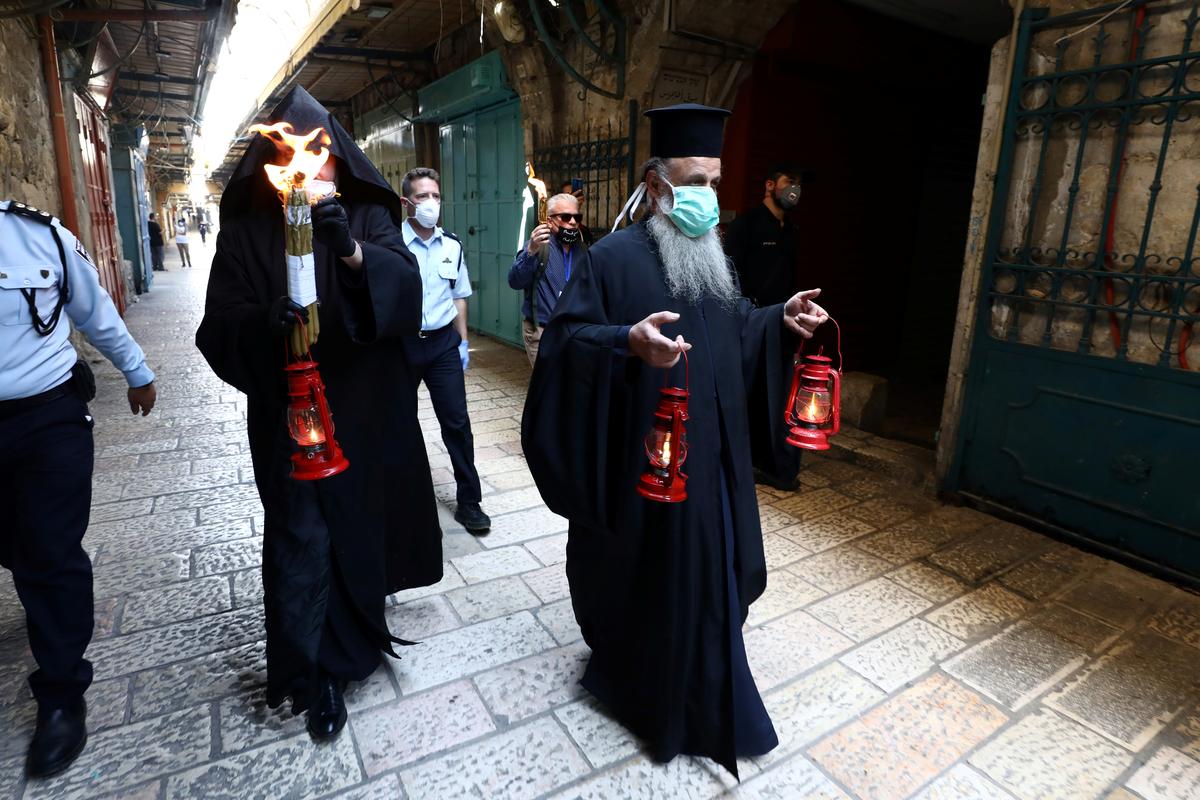 JERUSALEM (Reuters) – The Holy Fire ceremony symbolising Jesus’ resurrection was lit in a deserted Jerusalem on Saturday, without the joyful throng of Orthodox Christian pilgrims who normally attend a spectacle that brings the Easter season to a colourful climax.

Bells tolled above a near-empty Church of the Holy Sepulchre as the Greek Orthodox Patriarch, Theophilos III, emerged carrying the flame from the crypt where Christians believe Jesus was buried.

This year, amid coronavirus precautions in a locked-down Jerusalem, he was accompanied only by a handful of mostly Orthodox clergy, some wearing face masks.

Outside in the medieval courtyard of the Holy Sepulchre, by tradition the site of Jesus’ crucifixion, burial and resurrection, the plaza was empty of all but a few Israeli police and clerics maintaining social distancing.