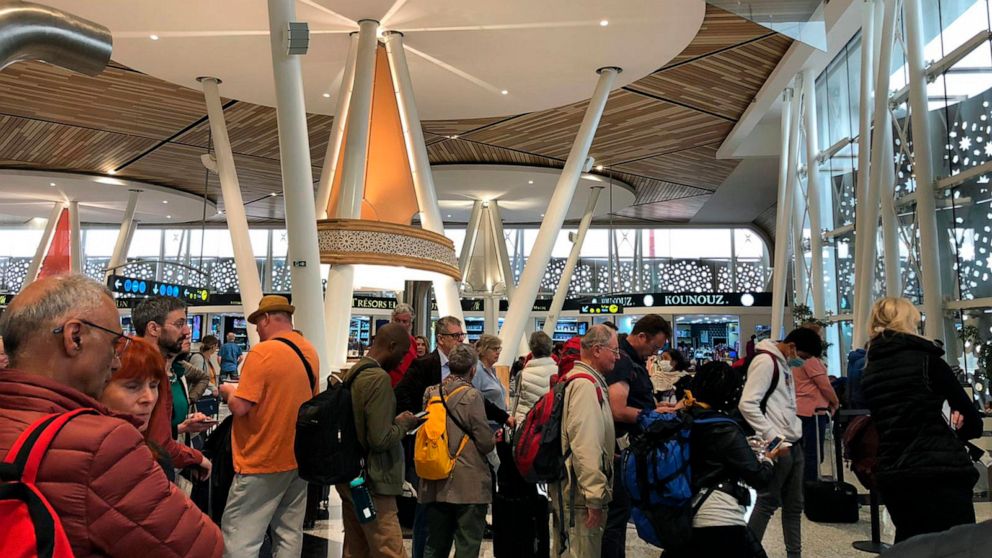 Visitors from around the world found themselves stuck in Morocco after the North African country suspended all international passenger flights and passenger ships to and from its territory beginning last Sunday.

Unable to secure spots on commercial flights, some travelers slept on floors in the Marrakech airport or holed up in one of the last hotels open in…