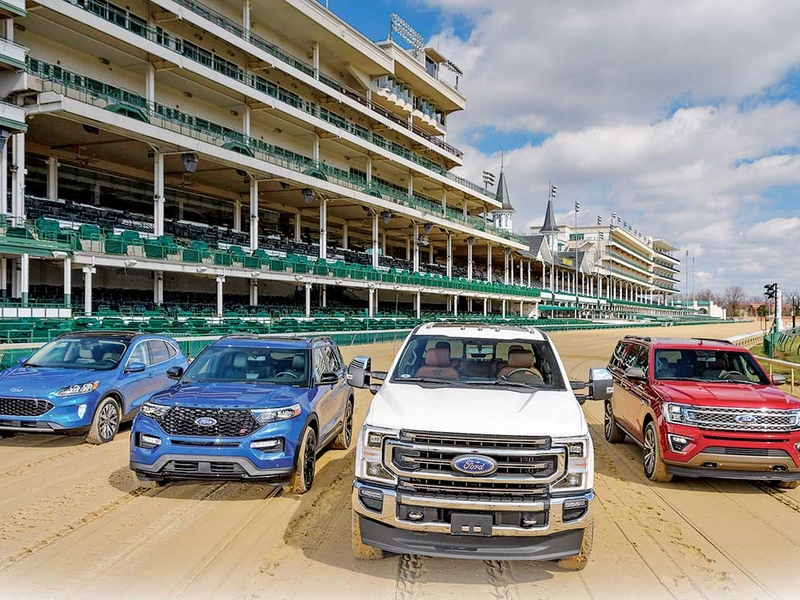 Ford Motor Co., whose stable of vehicles includes the Mustang and soon the Bronco, has signed a five-year sponsorship deal with the Churchill Downs Racetrack in Louisville, Ky. The 2020 Ford Super Duty — made at one of two Ford assembly plants in Louisville — will be the “featured vehicle” of the 146th Kentucky Derby on May 2.

“With Louisville Assembly Plant and Kentucky Truck Plant practically in the backyard of Churchill Downs, Ford’s participation in this uniquely American tradition is long overdue,” Ford Marketing Director Matt Van Dyke said in a statement. “The Kentucky Derby is the longest-running sporting event in the United States, and one of the most iconic celebrations of the year.”

Ford will have several promotional events during Derby Week, including special access for FordPass Rewards members and celebrations for veterans and active military personnel. The owner of each horse will be given use of a Ford Explorer during the event.

The automaker also will host a Ford…