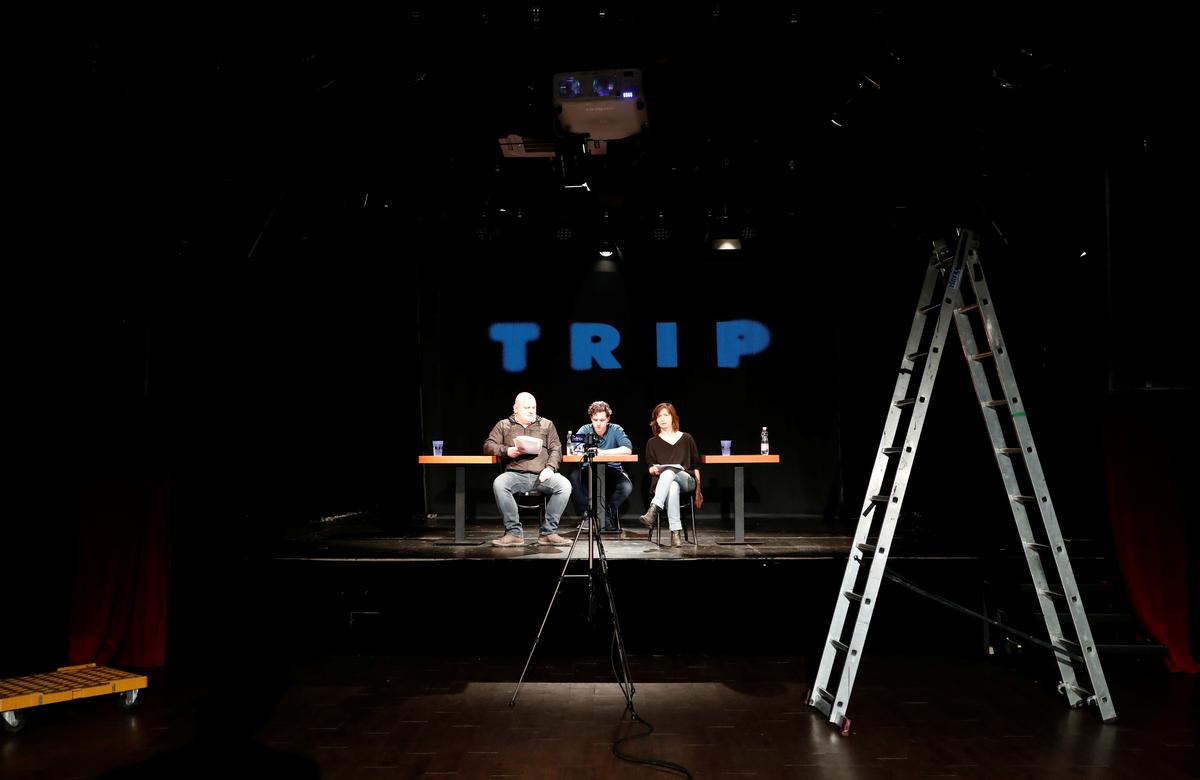 BUDAPEST (Reuters) – A group of actors have set up Hungary’s “first quarantine theatre”, streaming a play via Facebook about a man and a woman who find themselves in an underground nuclear fallout shelter and have to adapt to their new reality, and to each other.

Actors of the ‘First Hungarian Quarantine Theatre’ perform on stage in an empty hall on a boat anchored on the Danube in Budapest, Hungary, March 16, 2020. Picture taken March 16, 2020. REUTERS/Bernadett Szabo

The two-hander was streamed on Monday just hours before the Hungarian government closed borders to all foreigners, after shutting down schools nationwide in a bid to slow the spread of the coronavirus.

Dennis Kelly’s play “After the End” has an unsettling topicality and will hopefully help viewers to reflect on the new situation, the stage director, Laszlo Magacs said.

He said the idea came after theatres were closed. They work from a boat called TRIP, a once popular cultural venue and theatre, anchored…