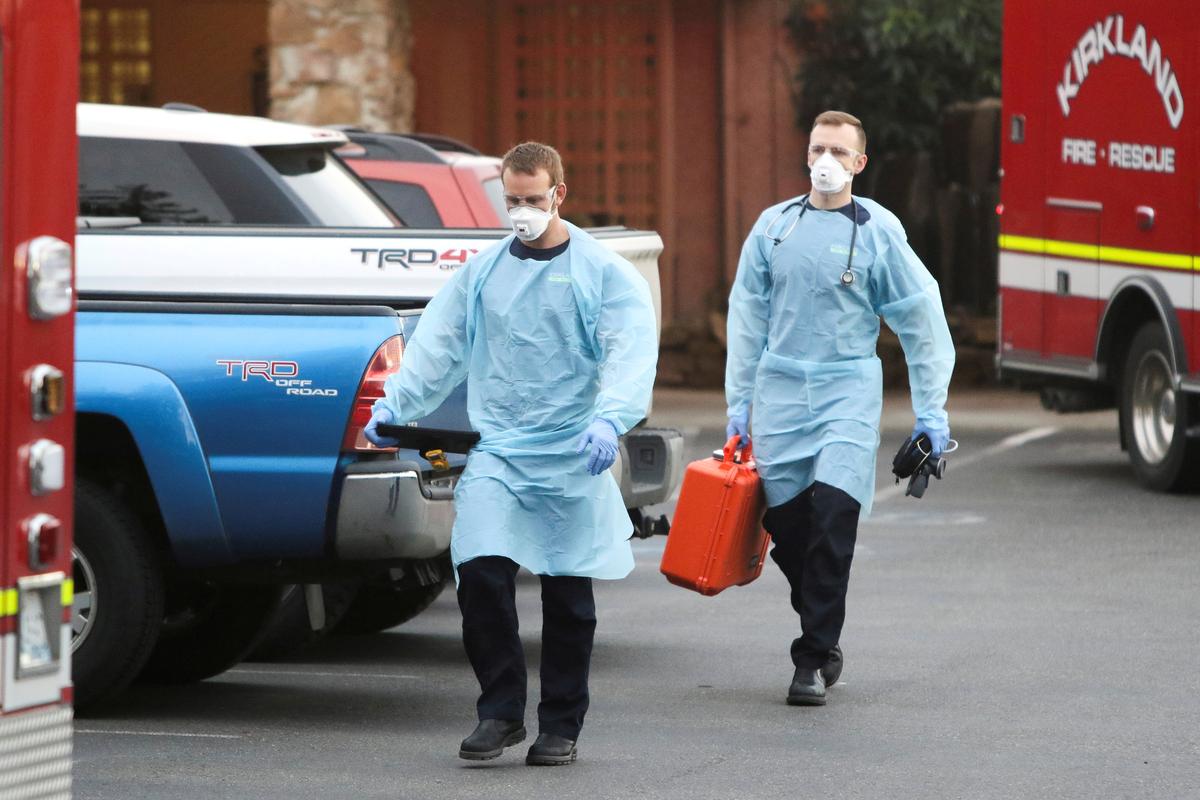 NEW YORK (Reuters) – New York and Washington, the U.S. states hit the hardest by the coronavirus outbreak, are struggling to make testing for the virus widely available, with local officials estimating it could take weeks more to reach peak testing capacity.

FILE PHOTO: Emergency medical personnel walk out of the Life Care Center of Kirkland, the Seattle-area nursing home at the epicenter of one of the biggest coronavirus outbreaks in the United States, after moving a patient to an ambulance in Kirkland, Washington, U.S. March 10, 2020. REUTERS/Jason Redmond

While 1,039 people have been confirmed to have the virus in the United States – and 29 have died – according to data from Johns Hopkins University, experts estimate the real number of cases may be far greater.

An unidentified flaw in test kits distributed by the federal government in February, which gave some false results, has set the country back in containing an outbreak that has infected more than 121,000 people worldwide….