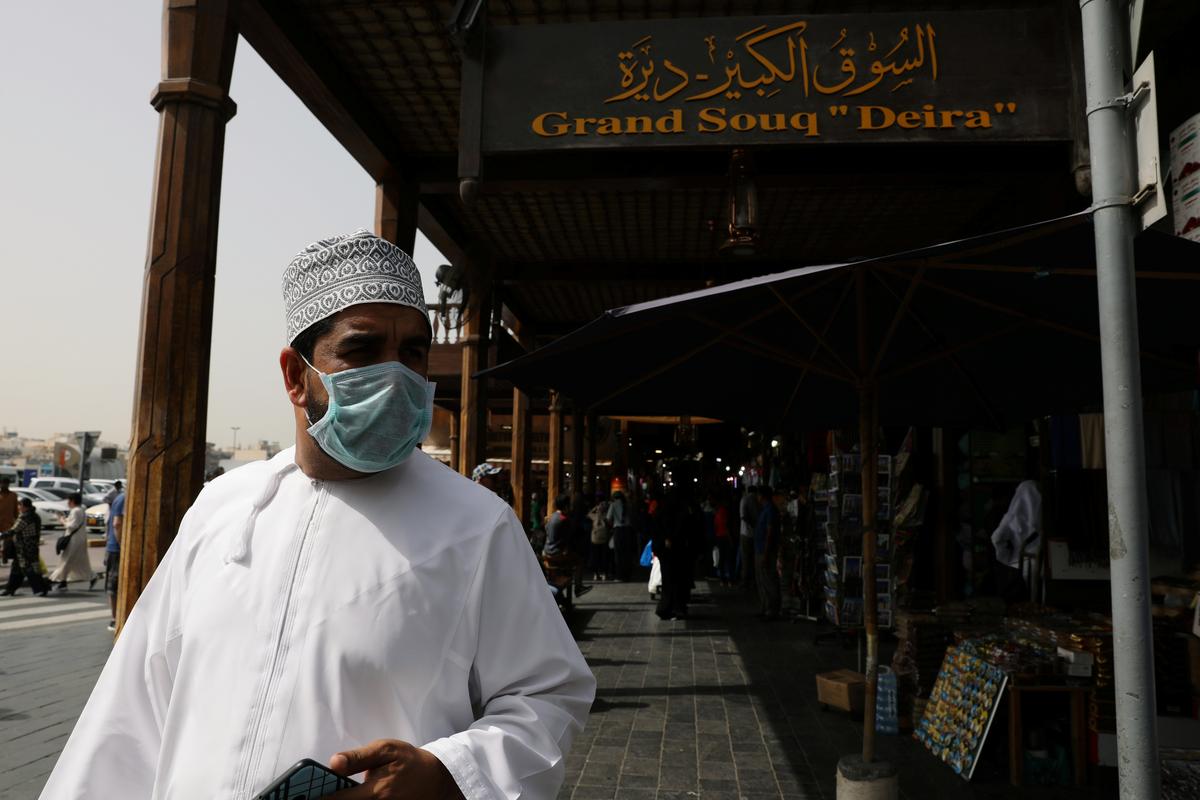 DUBAI (Reuters) – The number of coronavirus cases in the United Arab Emirates has risen to 45 from 30, the Health Ministry said on Saturday, as other countries in the Gulf region also reported new infections.

FILE PHOTO: A man wears a protective face mask, following the outbreak of the new coronavirus, as he walks at the Grand Souq in old Dubai, United Arab Emirates March 2, 2020. REUTERS/Christopher Pike

Kuwait recorded three new cases of the coronavirus, bringing its infection tally to 61, while Qatar reported its 12th case, the health ministries in the two nations said on Saturday.

The virus, which was first recorded in China in December, has spread across the Gulf and beyond. Most cases in the Gulf Arab states are among people who either traveled to Iran personally, or were infected by people who had visited the Islamic Republic.

The United Arab Emirates, a major air transit center, business and tourism hub, has advised citizens and residents against traveling abroad and all…