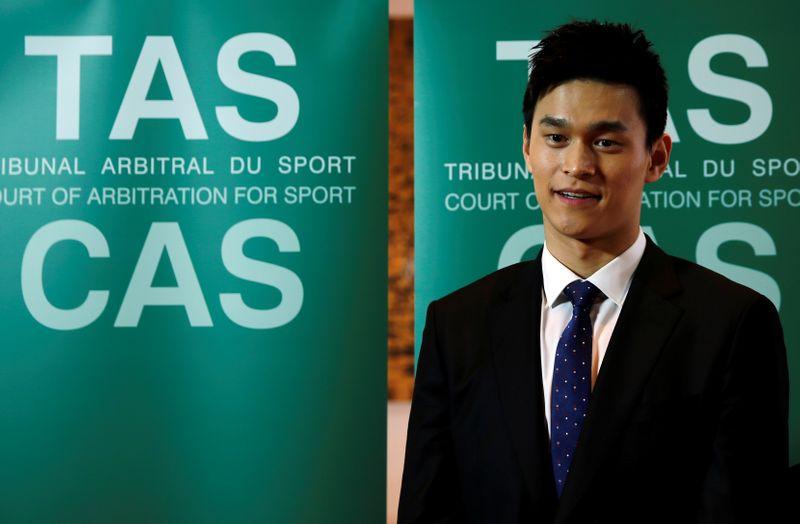 LAUSANNE, Switzerland (Reuters) – China’s top swimmer Sun Yang said he was shocked and would appeal after being handed an eight-year ban on Friday for a dope test violation that rules him out of the Tokyo Games.

The Court of Arbitration for Sport (CAS) earlier accepted an appeal from the World Anti-Doping Agency (WADA) against a decision by swimming body FINA to clear Sun of wrongdoing for his conduct during the 2018 test.

CAS said the eight-year ban was imposed because Sun, 28, already had an earlier anti-doping rule violation against him from 2014.

Sun protested his innocence and said in a statement that he was angered by the decision.

“I have entrusted a lawyer to appeal to the Swiss Federal Supreme Court in accordance with the law. I will let more people know the truth,” he added. “I firmly believe in my innocence! Believe that facts must overcome lies!

“I will fight to the end to defend my legitimate rights and interests.”

Sun and members of the 28-year-old’s…