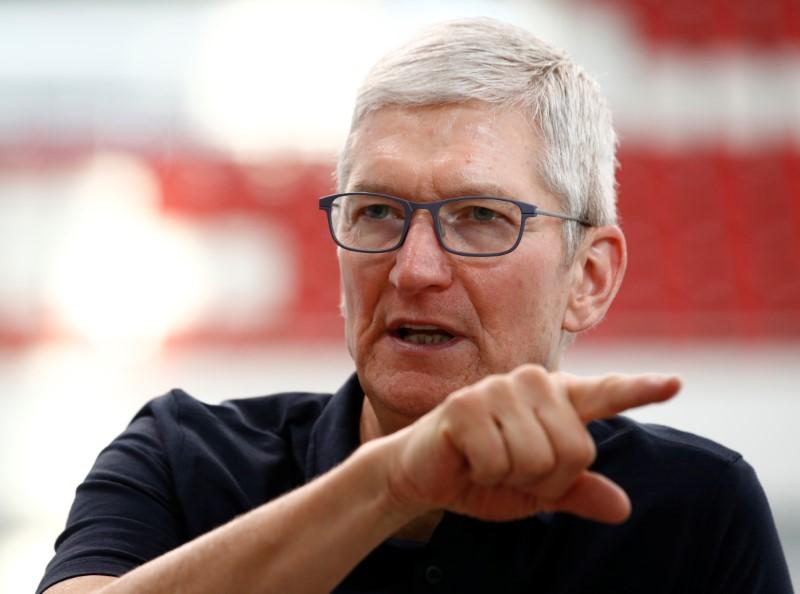 (Reuters) – Apple Inc is closely watching how the coronavirus outbreak is unfolding in South Korea and Italy, where the company has suppliers, Chief Executive Officer Tim Cook said in an interview.

Apple counts major Korean display makers Samsung Electronics Co Ltd and LG Electronics Inc among its suppliers. It also sources chips from a factory in Italy run by Franco-Italian chipmaker STMicroelectronics , according to its most recent supplier list.

Cook told Fox Business Networks that Apple had re-opened 80 percent of its stores in China. He also said that iPhone factories in China had restarted and were in “phase three of the ramp mode.”

“It will take some time, but by in large I think this is a temporary condition, not a long-term kind of thing,” Cook said.

Asked if Apple would move manufacturing out of…