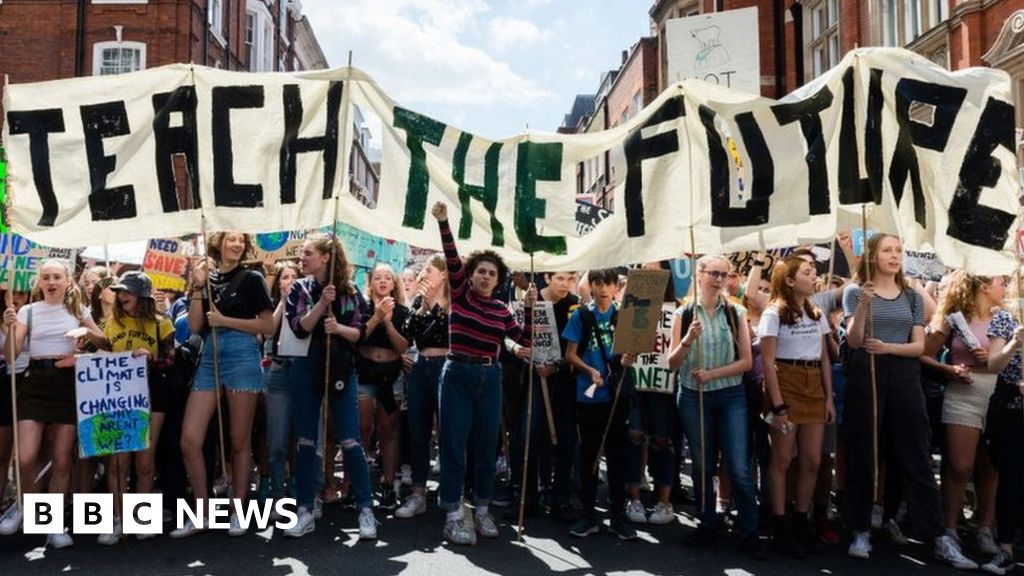 “It’s educated people who are causing the most damage to the planet,” says sixth-former Joe Brindle.

Joe, 17, says schools need to put the environment at the heart of education.

Ministers agree “it is vital that pupils are taught about climate change” but Joe says schools are failing to prepare them for a climate emergency.

He is a founder member of Teach the Future which next week takes its call for an environmental overhaul of education to Parliament.

“It’s people with degrees from Oxford and Cambridge who are becoming fossil-fuel chief executives and they are the ones who are causing the most destruction to our world,” says Joe.

“And therefore that kind of shows that education is not succeeding and that our education is broken because education should be creating better people not worse.”

On Wednesday, Joe, a pupil at Devizes…