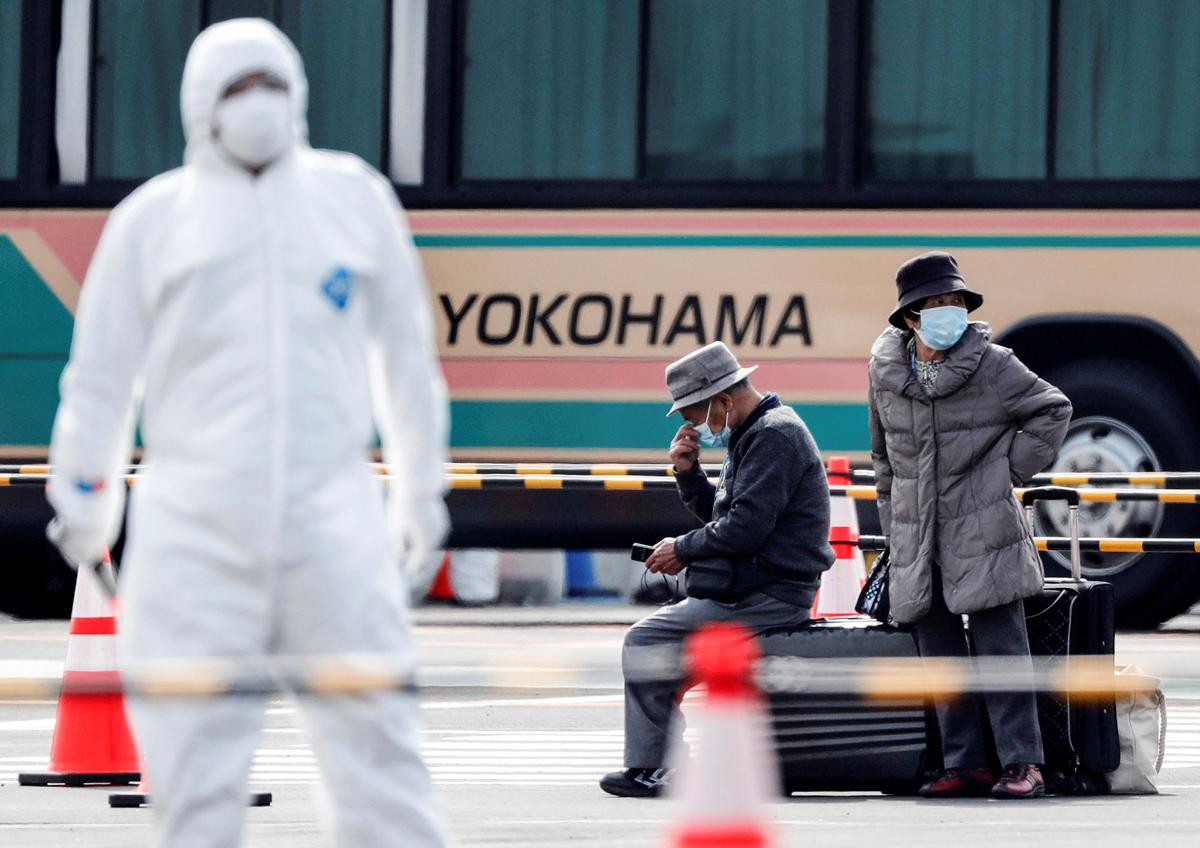 TOKYO (Reuters) – Newly released data from a Japanese research institute appears to back the government’s case that its quarantine strategy for the Diamond Princess cruise ship was successful in stemming contagion of the coronavirus among passengers.

Japan has been criticised for its handling of the quarantine, as more than 620 people on board have been infected with the virus and two elderly passengers have died.

The U.S. Centers for Disease Control and Prevention (CDC) has said the quarantine may not have been sufficient.

But a report released on Wednesday by the National Institute of Infectious Diseases (NIID) showed that the onset of symptoms from confirmed cases of COVID-19 peaked on Feb. 7 before tailing off to zero by Feb. 15.

Cases among crew were observed to steadily increase, peaking on Feb. 13.

“The decline in the number of confirmed cases, based on reported onset dates, implies that the quarantine intervention was effective in reducing transmission among…