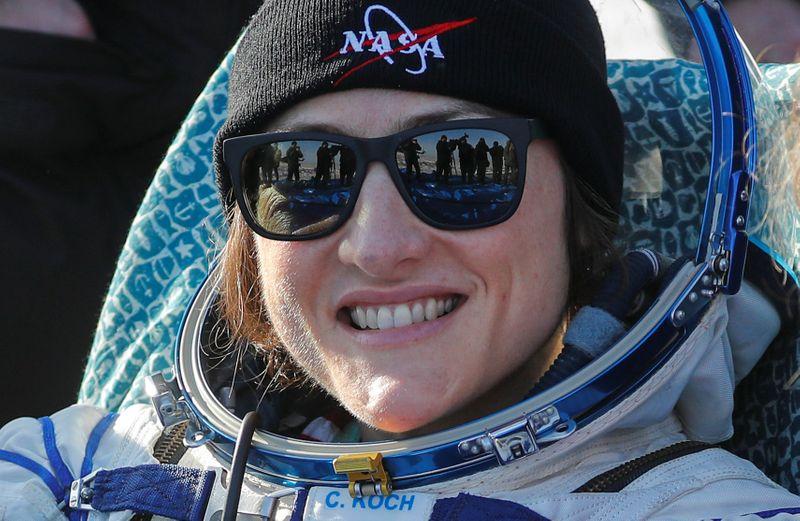 American astronaut Christina Koch received numerous accolades from her record-breaking, 328-day spaceflight and then a healthy dose of doggy love upon her return home, according a video she posted on social media on Thursday.

“Not sure who was more excited. Glad she remembers me after a year,” Koch tweeted.

The video shows her dog wagging up a storm, peering out the front door with her front paws on the window sill as Koch nears. The dog flips out even more when Koch enters the home, greeting her with some serious face-licking.

The astronaut’s capsule landed in Kazakhstan on Feb. 6 after her historic trip to the International Space Station, ending a 328-day mission that set the record for the longest stay in space by a woman.

Koch, 41, a North Carolina-born engineer who joined NASA’s astronaut corps in 2013, also who led the first all-female spacewalk in 2019.