After leading Chiefs to Super Bowl win, the future belongs to Mahomes 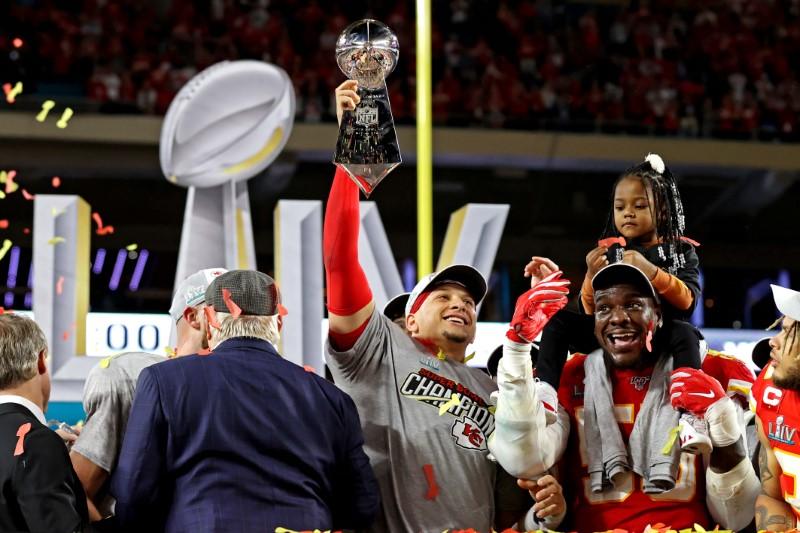 MIAMI (Reuters) – The Kansas City Chiefs ended a 50-year Super Bowl drought with a dramatic 31-20 comeback win over the San Francisco 49ers on Sunday in a breathtaking finish to the NFL’s 100th season that may have also revealed a new star to kickoff the next century.

The 24-year-old’s performance underscored why he is being called the heir apparent to six-time Super Bowl champion and future Hall of Famer Tom Brady of the Patriots.

With the Chiefs trailing 20-10, Mahomes engineered three scoring drives in just over five minutes, hitting Travis Kelce and Damien Williams with short touchdown passes to give Kansas City the lead.

Williams then raced 38 yards for the clinching score, sparking wild celebration for long-suffering Chiefs fans who had not seen their team hoist the Lombardi trophy since…