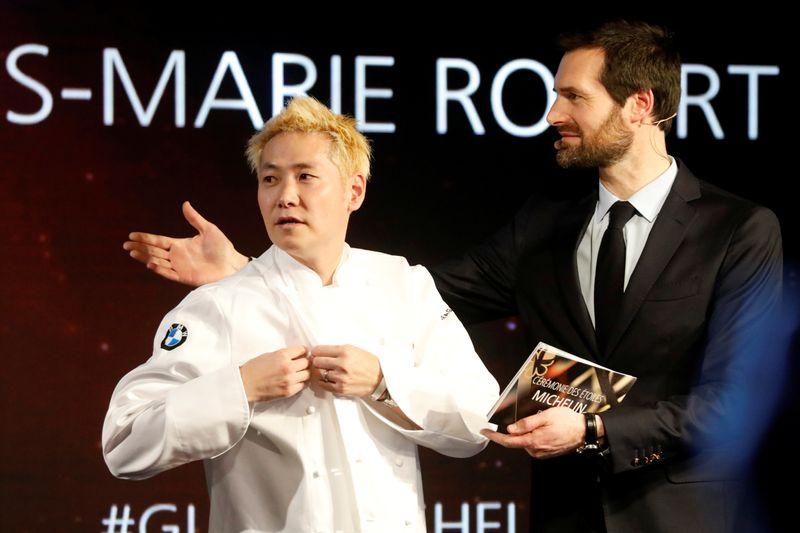 PARIS (Reuters) – The French edition of the Michelin Guide, the bible of gastronomy, for the first time in its history awarded the highest rating of three stars to a Japanese-born chef.

The accolade, unveiled at a ceremony in Paris on Monday evening, went to chef Kei Kobayashi who, according to the guide, “is a virtuoso at marrying flavors and always spot-on with his conception of the dish.”

Japan has several dozen restaurants with Michelin stars, but Kobayashi is the first chef from Japan to be awarded the recognition for a restaurant in France, a country seen by some as the touchstone of fine dining.

Kobayashi was born in Japan’s Nagano province where his father was a chef in a traditional Japanese restaurant.

After being inspired, according to the Michelin guide’s biography of the chef, by watching a documentary on French cooking, he moved to France and trained under three-star chefs Gilles Goujon and Alain Ducasse.

He set up his Kei restaurant in the French capital…