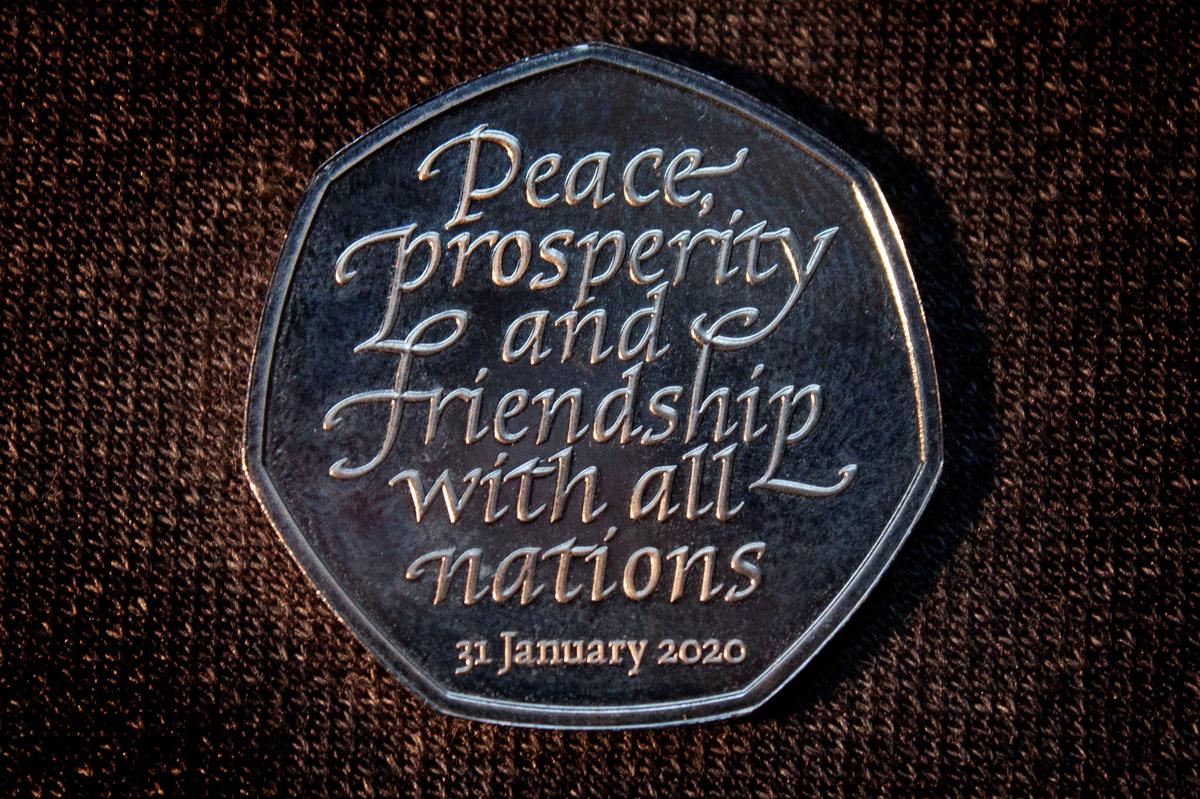 LONDON (Reuters) – Britain unveiled on Sunday a new 50 pence coin minted to mark the country’s departure from the European Union, which bears the inscription “Peace, prosperity and friendship with all nations” and the Brexit date of 31 January 2020.

About three million of the coins will be distributed from banks, post offices and shops from Friday, the government said, with another seven million entering circulation later in the year.

Finance Minister Sajid Javid, who is also Master of the Mint, was presented with the first batch of coins.

“Leaving the European Union is a turning point in our history and this coin marks the beginning of this new chapter,” he said.

The finance ministry had planned to mint a coin inscribed 29 March 2019, the original date of Brexit before Britain asked to extend its EU membership.

Javid later ordered production to commemorate a new deadline of Oct. 31, but another delay put paid to that launch and about one million coins had to be melted…