Kyrgios prevails in stormy epic to reach fourth round 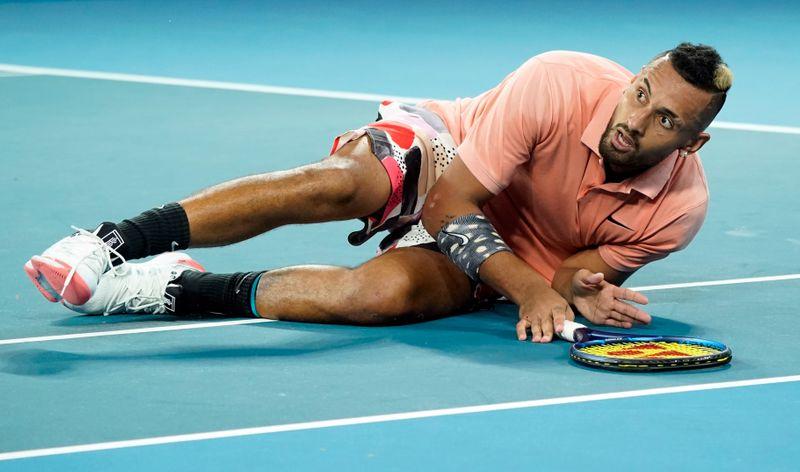 MELBOURNE (Reuters) – Nick Kyrgios lost his temper and blew a two-set lead but still managed to win a five-set thriller to storm into the fourth round of the Australian Open with a 10-8 victory over Karen Khachanov in the super tiebreaker on Saturday.

Russian 16th seed Khachanov played a full part in the four-hour, 26-minute epic, saving match points in both the third and fourth-set tiebreaks before sending his final backhand wide to trigger delirium in Melbourne Arena.

“It was crazy, that was insane, I’ve got no words to describe how I’m feeling right now,” said Kyrgios, who pounded 33 aces and 97 winners over the contest.

“This is just epic man, I don’t know what’s going on.

“I was losing it mentally but my support…