8 Indians die after falling unconscious at resort in Nepal 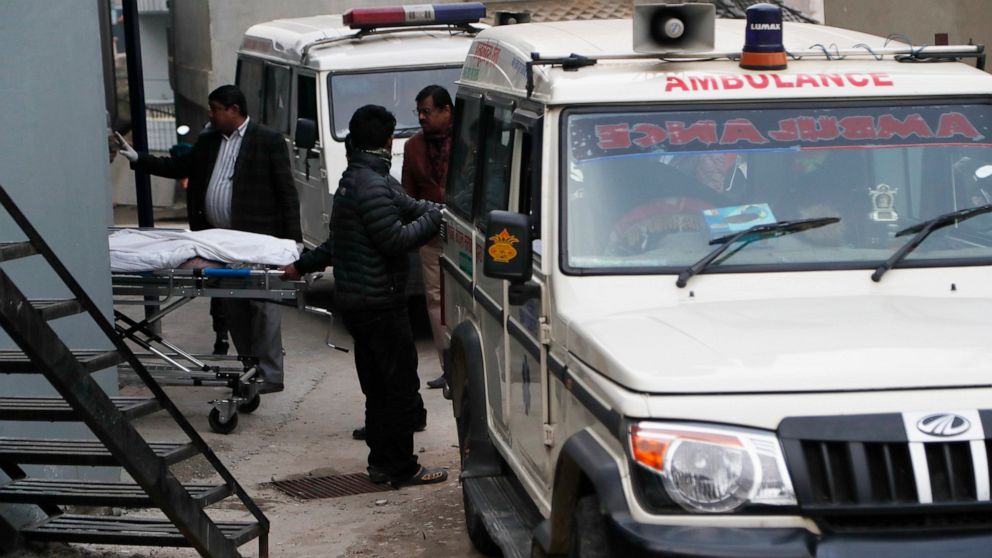 Officials say eight Indian tourists, including four children, were declared dead after being found unconscious in their room at a mountain resort in Nepal

KATHMANDU, Nepal — Eight Indian tourists, including four children, were declared dead Tuesday after being found unconscious in their room at a mountain resort in Nepal, officials said.

Rescue helicopters flew the tourists to Kathmandu, where they were declared dead at a hospital in the capital, police official Hobindra Bogati said.

A doctor at the Hospital for Advanced Medicine and Surgery in Kathmandu, Kamal Thapa, said the four adults and four children showed no signs of life when they arrived at the hospital.

The eight tourists were part of a group of 15 who had traveled to Nepal from the Indian state of Kerala.

Thapa said another member of the tour group said they had tried to wake the eight around 7:30 a.m. but found them unconscious.

The group reportedly turned on a gas heater inside…