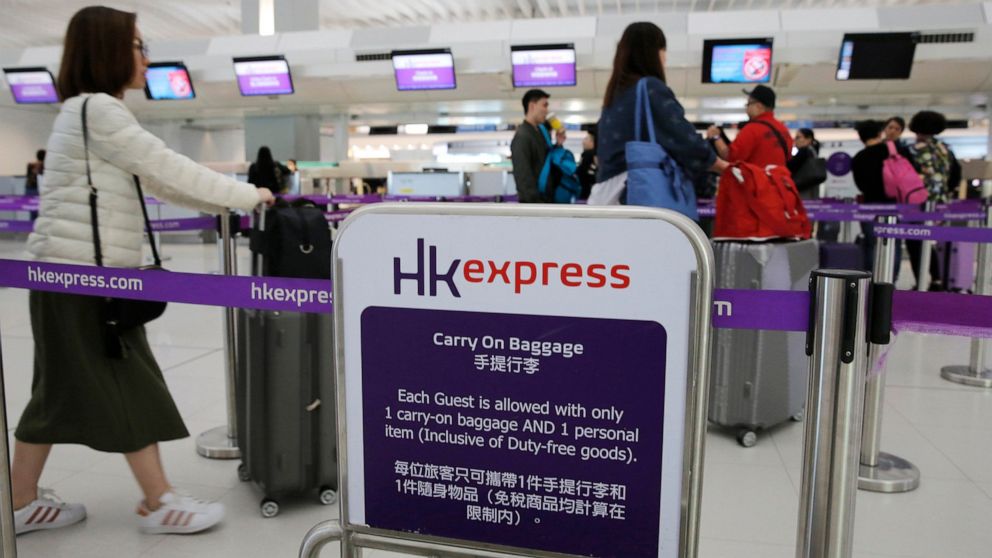 Hong Kong Express has apologized for requiring some passengers bound for the U.S. territory of Saipan to take pregnancy tests

HONG KONG — The airline Hong Kong Express has apologized for having required some female passengers bound for the U.S. territory of Saipan to take pregnancy tests.

The low-cost carrier said in a statement Friday that it began requiring such tests in February 2019, after concerns were raised by Saipan authorities, to ensure U.S. immigration laws were not “undermined.”

“We would like to apologize unreservedly to anyone who has been affected by this,” it said.

“Under our new management, we recognize the significant concerns this practice has caused. We have immediately suspended the practice while we review it,” it said.

The U.S. has been seeking to prevent travelers, especially from China, from heading to Saipan and other American territories to give birth and potentially gain U.S. citizenship for their babies.