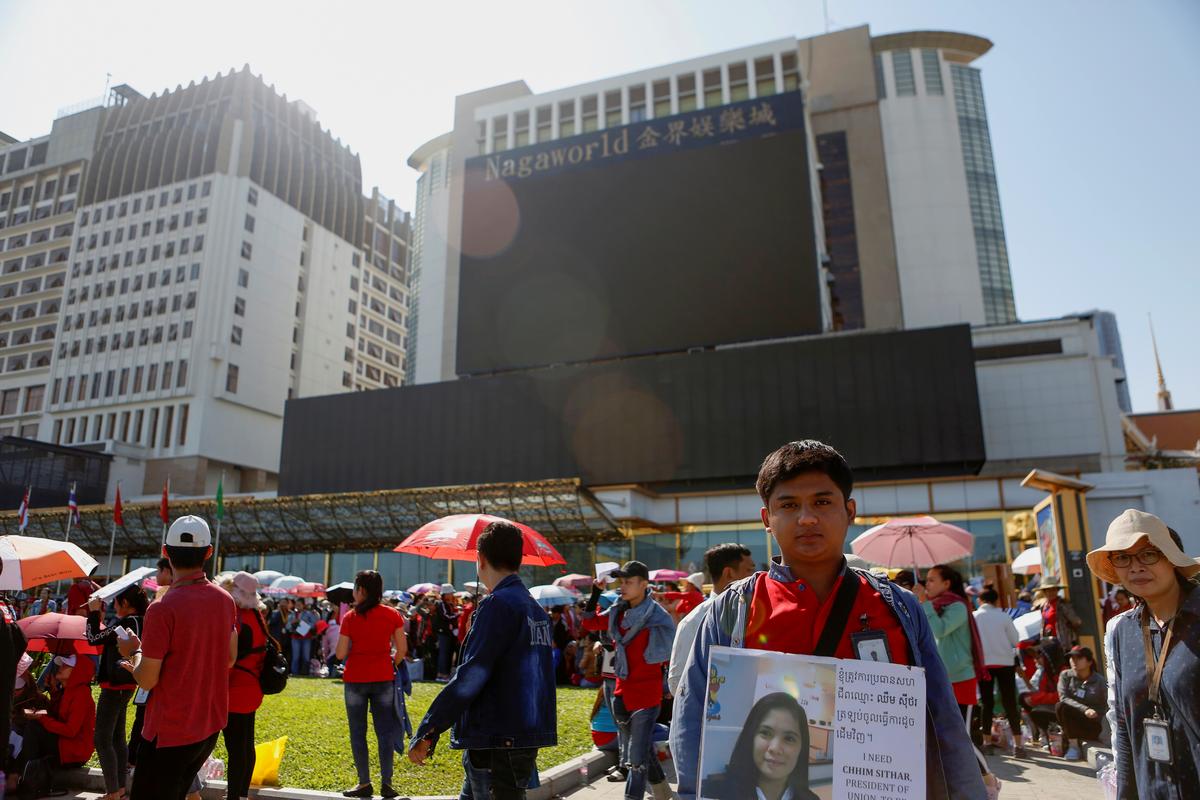 PHNOM PENH (Reuters) – Thousands of striking Cambodian workers of a Hong Kong-listed casino company returned to their jobs on Saturday after winning wage increases and the reinstatement of a suspended union leader in a rare labor victory.

About 3,000 workers had joined the strike in front of the NagaWorld hotel and casino complex, owned by Nagacorp Ltd (3918.HK), in Phnom Penh to demand higher wages. Workers get paid between $150 to $250 a month.

The deal struck with NagaWorld also obtained the reinstatement of their union president, Chhim Sithar, who was suspended in September.

“Today, we returned to our shifts,” Hai Sopheap, 31, one of the strikers and union activist, told Reuters on Saturday, adding “this victory came out of our solidarity.”

Sopheap said NagaWorld had agreed to raise workers’ salaries between 18% and 30%.

Strikes over pay and working conditions are common in Cambodia and victory for workers is rare.

“The outcome will pave the way for the union…