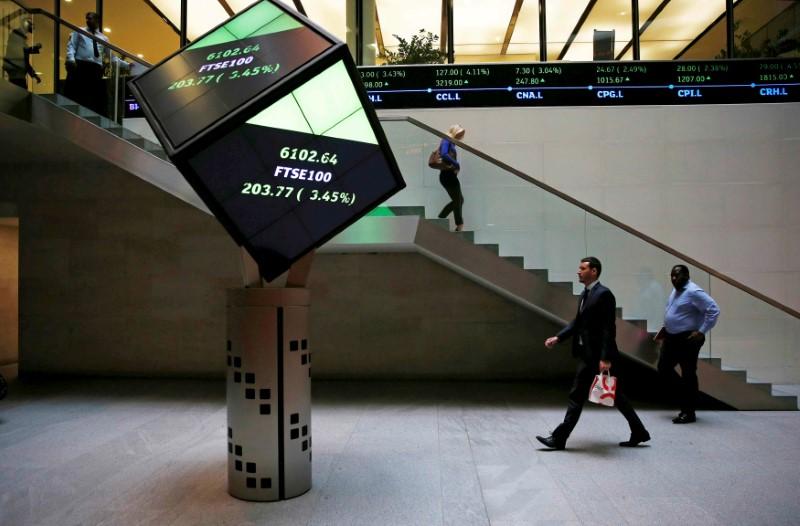 LONDON (Reuters) – World stocks set new record highs on Friday and the prices of safe-haven assets such as gold pulled back as investors cheered an apparent de-escalation in U.S.-Iran tensions and looked instead to prospects of improved global growth.

Markets have swiftly reversed the sharp falls seen at the start of the week after the United States killed Iran’s most senior general, believing it would not lead to a full-scale military confrontation that would rock investor confidence.

The MSCI world equity index .MIWD00000PUS, which tracks shares in 49 countries, has quickly resumed its rally and added another 0.1% on Friday to hit a new record high. It is almost 1.5% above the lows seen on Monday.