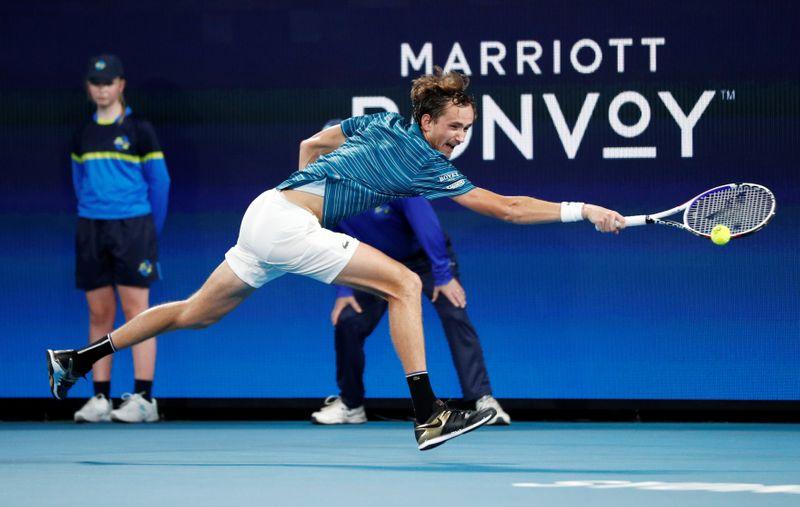 SYDNEY (Reuters) – Daniil Medvedev continued to baffle his opponents at the ATP Cup on Thursday, securing a hard-fought and fiery victory against Argentina’s Diego Schwartzman and propelling Russia into the semi-final of the inaugural team event.

Medvedev, ranked five in the world and undefeated in singles this tournament, won 6-4 4-6 6-3 in Sydney and will lead Russia against the winner of Novak Djokovic-led Serbia or Canada.

Earlier, Russia’s Karen Khachanov defeated an out-of-sorts Guido Pella from Argentina 6-2 7-6(4), with the victories giving Russia an unassailable 2-0 lead in the quarter-final tie ahead of the doubles match.

The decisive victory contrasted with the knife-edge contest in the day’s other quarter-final between Australia and Britain.