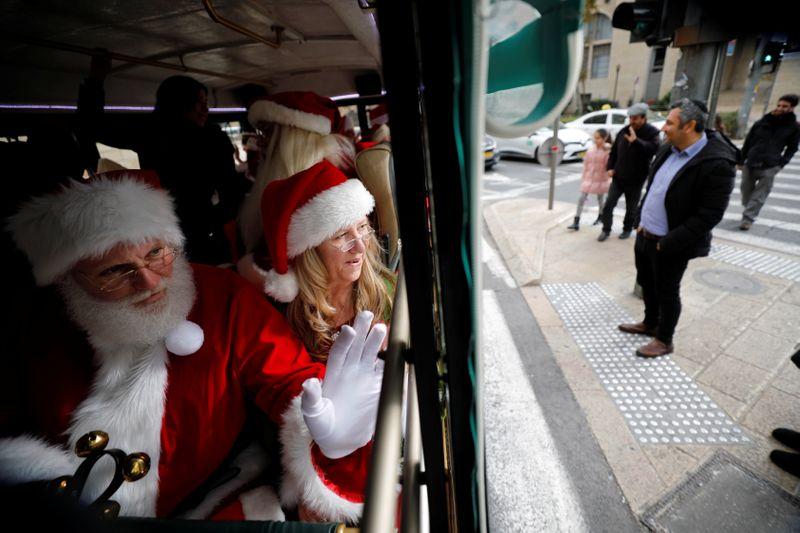 JERUSALEM (Reuters) – Dozens of Santa Clauses turned heads in Jerusalem on Sunday, catching a ride on a sightseeing tram and parading in its walled Old City in a visit to the Holy Land for Orthodox Christmas.

The Santas were trained in spreading holiday cheer at the Charles W. Howard Santa Claus School in Michigan. The trip was hosted by Israel’s Tourism Ministry to coincide with the date when many Eastern Orthodox Christians celebrate Christmas – Jan. 7.

Fred Honerkamp, 74, from Midland, Michigan, said he had been a Santa for 18 years, “lifting a lot of children and hearing their hopes and dreams”:

The 50-strong Santa squad were also planning to take a boat ride, in costume, on the biblical Sea of Galilee, and to float, in Santa bathing suits, in the mineral-rich waters of the…