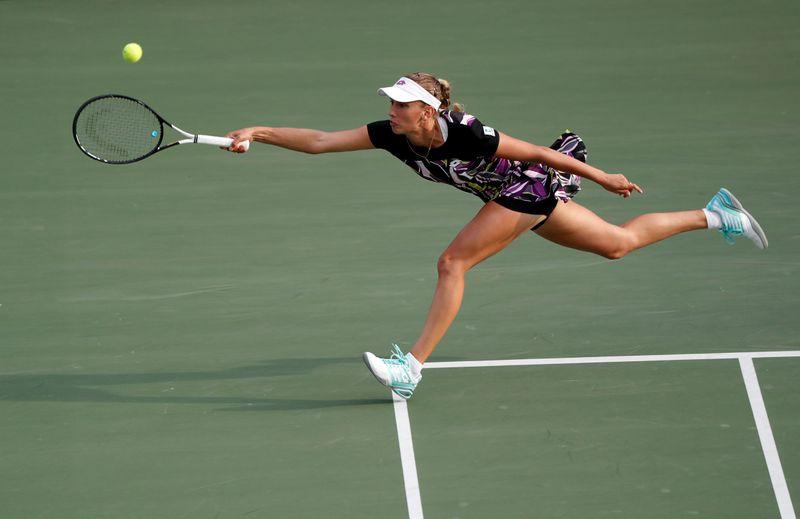 (Reuters) – Belgium’s Elise Mertens made a winning start to 2020 as she eased past Ukrainian Lesia Tsurenko 6-3 6-3 in the opening round of the Shenzhen Open on Sunday.

Tsurenko, who was playing her first tournament in nearly six months after recovering from an elbow injury, broke her opponent’s serve in the opening game before Mertens responded in style.

Third seed Mertens reeled off four consecutive games and held on to the advantage to seal the opening set.

A rare lapse in concentration cost Mertens two break-point opportunities to open up a 5-1 lead in the second set but her solid service rhythm guided her to a comfortable win in just over 90 minutes.

Home favorite Zhang Shuai looked in complete control as she dismissed Magda Linette 6-4 6-2, extending her dominant record against the Pole to five wins in as many matches.

Zhang’s victory on Center Court came only hours after 18-year-old wildcard Wang Xiyu rallied from a set down to oust Romanian Sorana Cirstea 3-6 6-1 6-1….