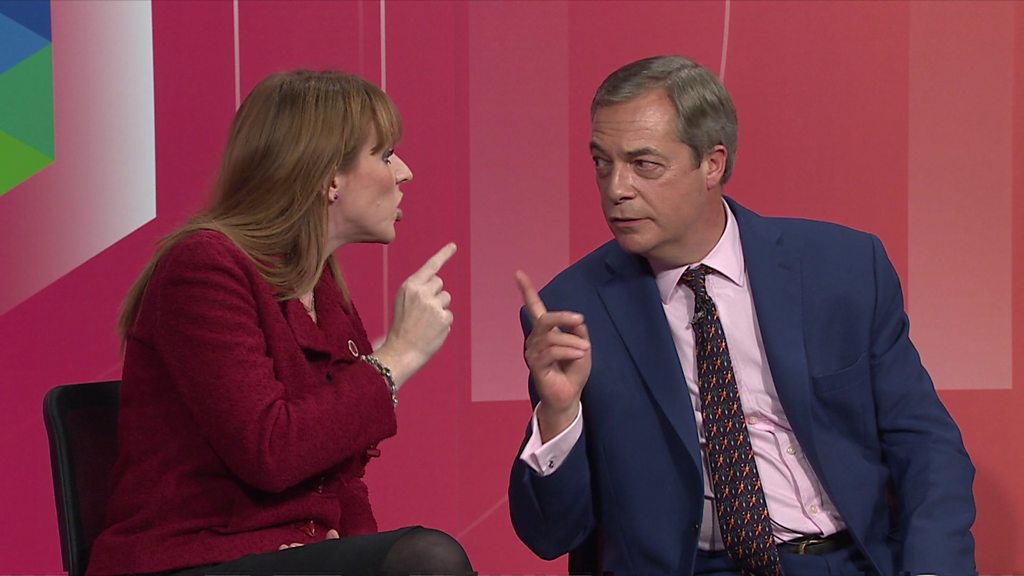 Senior politicians faced questions on housing, climate change and trust from an audience of young people in a Question Time election special.

The election debate also saw exchanges over Brexit and the possibility of another referendum.

Labour’s Angela Rayner clashed with Brexit Party leader Nigel Farage over what she said was a racist referendum poster, in one of the fieriest clashes.

The UK goes to the polls in a general election on Thursday.

Sitting on the panel were: