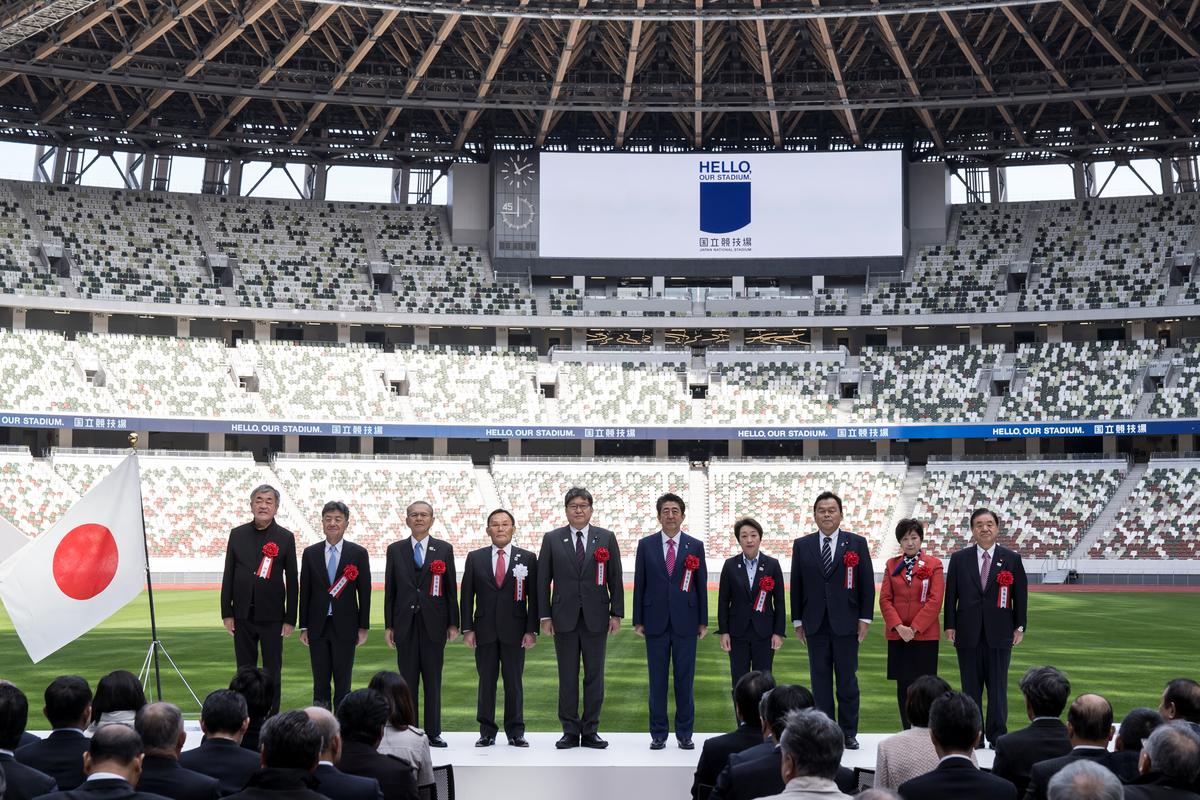 TOKYO (Reuters) – Japanese Prime Minister Shinzo Abe hailed the completion of the National Stadium built for the Tokyo 2020 Olympics on Sunday, his speech at the Kengo Kuma-designed venue praising the efforts to finish on schedule after an early setback.

It will stage athletics and soccer events at the Games as well as the closing ceremony.

During his speech, Abe referred to the challenges organizers faced when the original design was scrapped because of a public outcry over spiraling costs.

The change meant construction did not begin until December 2016 and the stadium was unable to host matches at this year’s Rugby World Cup as originally planned.

“For this National Stadium, which will be the symbol of Tokyo 2020 Olympic and Paralympic games, I assume there must have been many difficulties for the process of its…