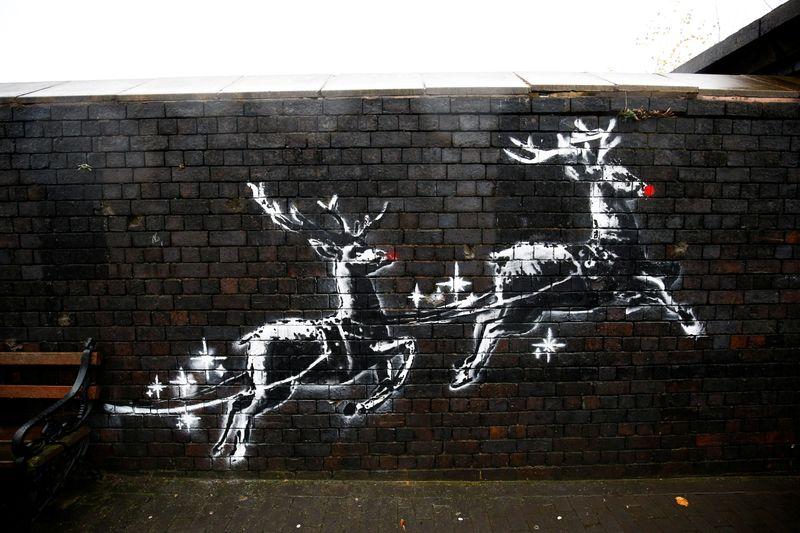 A video posted on Banksy’s Instagram shows a bearded man named Ryan reclining on the bench, echoing the traditional image of Santa on his sleigh.

“God bless Birmingham,” Banksy wrote. “In the 20 minutes we filmed Ryan on this bench, passers-by gave him a hot drink, two chocolate bars and a lighter – without him ever asking for anything.”

The video attracted nearly 3 million views on Instagram in the first 24 hours, and created a buzz in Birmingham.

The two reindeer gained red noses in the hours after the mural was unveiled. A protective fence was in place on Tuesday, stopping any other additions to the design.

Mercia Buddle, one of the…