Budapest bikers hand out sandwiches and hope for Christmas 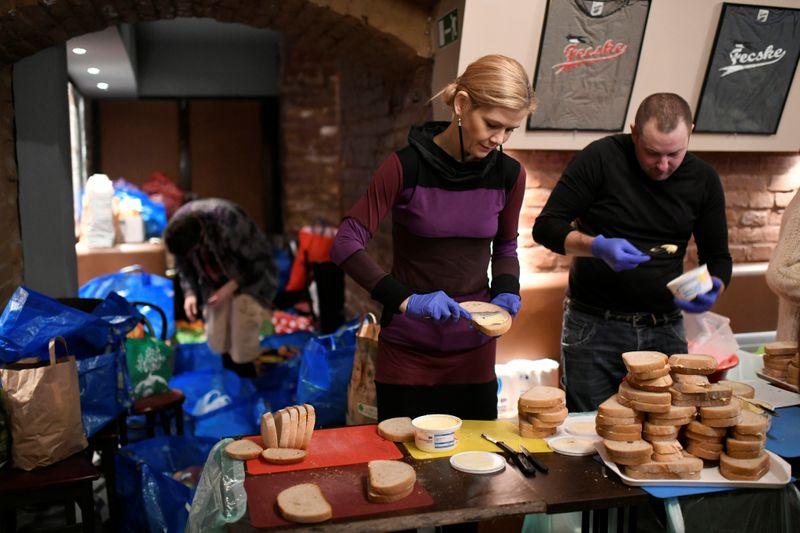 BUDAPEST (Reuters) – On a chilly evening before Christmas, more than a dozen cyclists emerge from the basement of an old apartment building in Budapest with backpacks full of sandwiches to feed the homeless.

They are the Budapest Bike Maffia, a voluntary organization that brings together people who love cycling and want to help those in need.

“It is not only good to give, but it’s our obligation. It simply gives a positive experience when we can help someone,” said Zoltan Havasi, 43, who gave up his job as a graphic designer when he founded the Bike Maffia 8 years ago.

They have around 150 volunteers in Budapest and dozens more in other Hungarian cities.

“The Budapest Bike Maffia team are great … and people are so open to those who want to join that this has created a true community,” Havasi said.

On Tuesday, riding through Budapest streets decorated with Christmas lights, they distributed 4,000 meals to those in need.