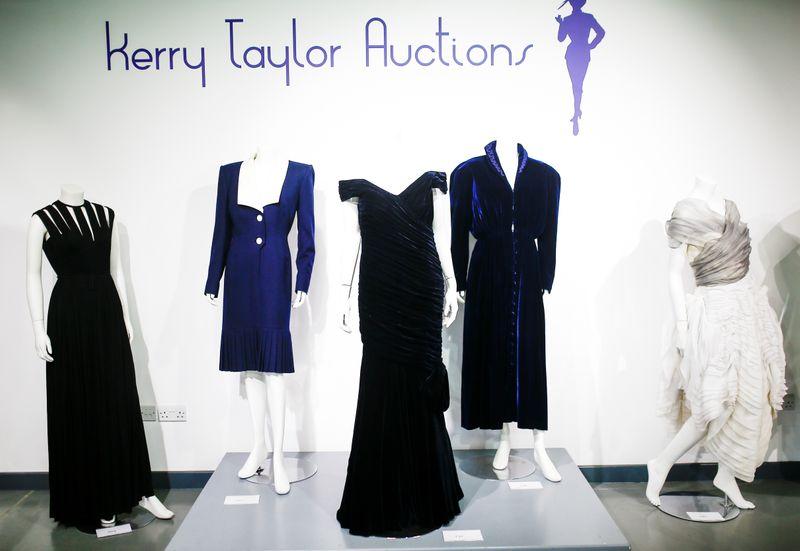 LONDON (Reuters) – A midnight blue velvet gown that Princess Diana wore when she danced with John Travolta at a 1985 White House state dinner failed to sell at auction on Monday, though two of her other dresses went for above their estimated prices.

The off-the-shoulder bodiced Victor Edelstein frock, which flares up at the knee, is one of the most recognisable dresses ever worn by Diana, who died in 1997.

Before the sale, auctioneer Kerry Taylor told Reuters there had been buyer interest from Britain and the United States. She said the dress had previously been bought in 2013 for 200,000 pounds “by a romantic gentleman who wanted basically to cheer up his wife”.