Dining and Down Syndrome, a winning combination for Brussels restaurant 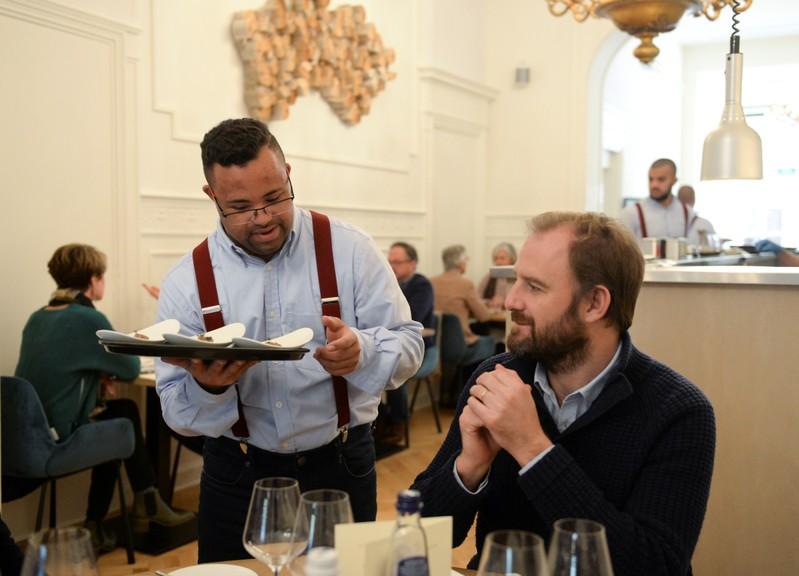 BRUSSELS (Reuters) – Brussels restaurant 65 Degres has become the city’s best-rated eatery, largely thanks to rave reviews of its staff, most of whom have Down Syndrome.

“The customers are here to see us and to savor the restaurant’s atmosphere and gastronomy,” said waitress Marie-Sophie Lamarche.

“It is a lot of pressure. We are proud of ourselves,” added Lamarche, who has Down Syndrome.

The restaurant – named after the perfect temperature to cook an egg – was set up by four entrepreneurs with backgrounds in cooking and social care. It serves up high-end French-style food in the Belgian capital’s hip Chatelain district.

The idea was to give people the skills to break into the hospitality business, co-founder founder, Adelaide Aymer, told Reuters.

“We work with people who are so happy to be working,…